Archbishop Gomez: ‘Pray hard’ for all affected by California shooting

LOS ANGELES (CNS) — After a shooting spree late Nov. 7 at a country-music bar in Thousand Oaks, about 40 miles from the heart of Los Angeles, Archbishop Jose H. Gomez of Los Angeles asked people to "pray hard" for the victims and their families.

Thirteen people, including the suspected gunman and a 29-year veteran of the Ventura County Sheriff’s Department, died in shooting at the Borderline Bar & Grill on what was college night, with lessons on country two-step dancing.

The bar is popular with students at nearby California Lutheran University, and also attracts students from Pepperdine University in Malibu, Moorpark College in Moorpark and California State University-Channel Islands in Camarillo.

"Like many of you, I woke this morning to news of the horrible violence last night at the Borderline Grill in Thousand Oaks," Archbishop Gomez said in his Nov. 8 statement.

"Let us pray hard for all the families, for those who were murdered and those who were injured, and in a special way for the heroic officer, Sgt. Ron Helus, who lost his life defending people in the attack. May God grant perpetual light to those who have died and may he bring comfort to their loved ones and peace to our community."

Ventura County Sheriff Geoff Dean said Nov. 8 that the suspected gunman, Ian David Long, had legally purchased the weapon used in the shooting. It came less than two weeks after a gunman murdered 11 worshippers in a Pittsburgh synagogue, which was the largest mass murder in the United States since 17 were killed at Marjory Stoneman Douglas High School in Parkland, Florida, last Feb. 14.

According to the Associated Press, after Helus was shot multiple times and dragged outside the bar by his partner — he died early Nov. 8 at a nearby hospital — scores of police assembled outside and burst in later to find Long and 11 others dead. Long had been wearing a black hood during the spree.

Archbishop Gomez: ‘Pray hard’ for all affected by California shooting 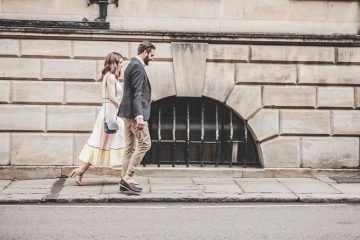