The Archdiocese of Cincinnati announced Tuesday afternoon that the buses scheduled to travel to the 41st March for Life in Washington, D.C. Have been cancelled due to inclement weather.

Buses had been scheduled to depart from Good Shepherd parish after 7 p.m. Tuesday following a prayer service. The service has also been cancelled.

“The archdiocese made a decision to cancel our buses to the March for Life for the same reason that so many schools cancelled classes today: The driving conditions are just too hazardous for us to be sure that we could transport the students and their chaperones safely,” said Dan Andriacco, communications director for the Archdiocese of Cincinnati. “We’re disappointed that we had to do this, and we know that the students will be disappointed as well. Archbishop (Dennis M.) Schnurr, who has attended the March for Life in previous years, regrets that his flight was also cancelled.”

While it was not known how many residents of the Archdiocese of Cincinnati were still planning to attend the March for Life, at least two groups likely made the trip. A contingent from Seton High School and another from St. Ignatius, left for Washington, D.C. on Monday.

Today’s Video: The Role of Hope in Holy Week 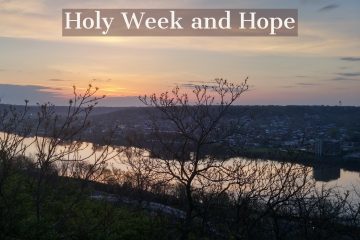