“Be a dragon slayer like Mary”: Conference urges women to have courage, conviction

A Christian life for women is best centered on the sacraments and the example of Mary, four speakers told the sold-out crowd attending the Greater Cincinnati Catholic Women’s Conference (GCCWC) March 3.

The topics were as different as the speakers’ personalities. Theresa Tomeo’s pithy observations on American culture and women’s careers were as different as could be from Msgr. Frank Lane’s measured observations about women in scripture, Ann Winkle’s emotional recounting of how her mother’s near-fatal brain aneurysm affected their family of 12, and Deacon Dan Lupo’s explication of scientific studies on reported Eucharistic miracles.

But together they presented a unified message that God has made men and women different for a reason, and that while each woman is unique, what she shares with all women is important and good — not just for her, but for all humanity.

Everyone must submit to Christ, Tomeo said, but for women the idea of submission has been made to seem repugnant.

Instead of weakness, she suggested, submission means being strong and taking on whatever job God asks. In her own journey to submission, Tomeo said, she found that surrendering her ambitions for success in secular news ended with national radio and television programs on Catholic media and the chance not to “stand outside in the snow and report that it’s snowing” but to talk about the most important subjects facing society… and every woman has that same opportunity in her family, her neighborhood, and social media.

“What are you going to say to Jesus” about why you didn’t stand up for truth when you had the chance to, she asked—‘I was afraid someone would unfriend me on Facebook’? We are in serious times.”

Mary is an example of such courage, Winkle said. Her mother’s brain injury left her “a different mother from the one we had before,” and her struggle to recover, her family’s fight to help, and her father’s unfailing love were all helped by devotion to the Blessed Mother.

“Like her, we need to be a dragon slayer”and fight against malign cultural forces, she said. “We need to tell Satan: No, you may not have our lives, our marriages, or our children.”

In addition to the talks, a formal lunch, and vendors, the conference included Mass with Archbishop Dennis M. Schnurr, the rosary and Chaplet of Divine Mercy. Ten priests in seven makeshift confessionals heard a total 30 hours of confessions. For the first time since its revival, the conference also included Eucharistic adoration.

Led by Deacon Lupo of the Dicoese of Austin, the devotion was new to many people. “I’m a cradle Catholic, but I’ve never done a full adoration or communal rosary,” said Tammy, from Mason. “I love the rosary but I had never experienced how it is a meditation when it’s chanted together.”

“The ‘surrender’ theme fits my life right now,” said Mary Pat, from Loveland. “I have a senior in high school, and so letting go is a big lesson for me.”

Mary came from Milwaukee to visit a friend, and the two scheduled the visit so they could attend the conference together. “I love the flow,” she said. “The talk on Eucharistic miracles tied into adoration, and really made you think about what the Real
Presence is.”

Robin, who plans youth events for the Diocese of Owensboror, Kentucky, said she enjoyed the chance to attend an event as a participant. “It’s a lot quieter” than the events she plans, she joked. “It’s great to be able to really concentrate and have some time for me.”

Abbie, who is getting set to graduate from Royalmont Academy High School with an associates degree in nursing, is used to attending such youth events. “I really enjoy that this is for all different ages,” she said. Her grandmother Gertrude, from Lebanon, Oh., said “it’s a beautiful experience to see so many women grounded in faith —you hear so much about radical women today, but they are not the majority.”

Both Tomeo and Lupo attended all the sessions and liturgies. “This one of the more elegant conferences I speak at,” Tomeo said of the conference’s home for the last two years: Manor House event center in Mason, which boasts crystal chandeliers in the meeting room and a Tuscan-style mural in the dining room.

“Whether they work outside the home or in the home for their families, women are always working for others. Sometimes they need to take time to do something beautiful for themselves.” The time devoted to confession, she added, was an added bonus.

“It was inspiring to see all those women standing in line even before the first talk began,” she said. Deacon Lupo agreed. “You could see the Spirit showing up,” he said, mentioning that his talk on Eucharistic miracles was not the talk he was originally asked to give, and that he had no idea
it would lead into adoration.

“That kind of ‘God moment’ shows that this an anointed gathering,” he said.

The GCCWC outrgrew its its first two homes and packed the third. Eliminating a display area this year allowed the hall to seat more, but the event sold out weeks in advance. Committee member Jenn Giroux, herself a speaker at conferences aroundthe country, said Manor House can make room for an additional 100 chairs. That will mean 800 seats for next year, tentatively scheduled for March 2.

Click here to see a gallery of photos from the day.

“Be a dragon slayer like Mary”: Conference urges women to have courage, conviction

Forging Connection: “Be of Good Cheer, I have Overcome the World” 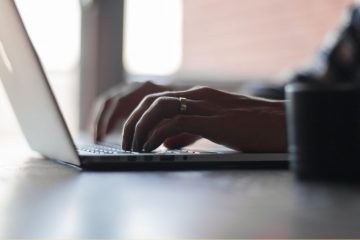