Be always on alert for protection of souls, says priest of 60 years

BEIRUT (CNS) — His upbringing planted the seeds of faith. There were family prayers, the rosary and faith-filled conversations.

By age 6, he was "in the church every day, around the priests. I grew up in this spirit," 89-year-old Maronite Father Sami Hayek told Catholic News Service of his childhood in Bejje, Lebanon.

Even before he became a priest 60 years ago, Father Hayek said, "I thought the culmination of joy and fulfillment is the sacrifice of the Mass, the words of the consecration: This is my body. … This is my blood."

Father Hayek, who spent 44 years serving in the United States, reminisced with Catholic News Service about his years serving parishioners. Priests "must be humble," self-giving and should be dedicated to serving people, especially the poor, he said.

"What I fear for is the negative example that happens with the power of a priest. If his example is bad, it is better for him if he had not been born. The priest’s example always has to be constructive and helpful," Father Hayek said.

His love of the Mass continues in his retirement. Each morning at 5, he rises and enters the chapel at 6.

"I pray the rosary, the (Divine) Office. Meditation. I wait for the Mass," which he celebrates daily at 7:30 at the retirement home run by the Missionary Sisters of the Very Holy Sacrament. There he resides in the hills of Kfarmashoun, above the ancient city of Byblos, not far from his birthplace. Father Hayek returned to his homeland in 2009.

In a tribute honoring Father Hayek on his 60th anniversary of priestly ordination, Maronite Bishop Gregory Mansour of Brooklyn, New York, wrote, "In all your assignments, you were known and well-loved as a sincere priest of God." Father Hayek’s priesthood, the bishop said, "continues to be a light in the darkness of our troubled world."

When he was ordained priest in 1959, Father Hayek’s first assignment was teaching at the Maronite patriarchal seminary in Ghazir, Lebanon. But he said he told the rector, "I don’t have the desire to be a teacher. I want to go to a parish."

"My conviction as a priest is to be a servant in a parish. I lived all my (priesthood) life in parish service," the priest said.

Father Hayek served in two Beirut parishes until 1964, when he received a call from then-Maronite Patriarch Paul Peter Meouchi, who told him there was a need for Maronite priests in the United States. The patriarch wanted Father Hayek to go to the U.S.

"I had to accept," Father Hayek recalled, adding that having uncles and a grandmother who lived in the U.S. was a good motivation.

His first assignment was in Lawrence, Massachusetts, as assistant pastor at St. Anthony Maronite Church.

"It took me time to adjust to the way of life, but I loved the people. When I first went, I didn’t speak English. I was very embarrassed. They were so kind to me and patient. They helped me." After one year, he could speak English well "and make a homily," he said.

"It’s a very serious responsibility," Father Hayek said of the priesthood. "Something we can’t take our eyes off for a second: to be always on the alert for the protection of souls. I tried to make that my priority," he said.

Just before his retirement, as Father Hayek was making rounds in a hospital, a young patient he visited was distraught about an issue regarding her remarriage; she thought she was not permitted to receive the sacraments.

"I’m losing my soul," she told the priest.

After listening to her story, Father Hayek determined that the woman’s second marriage could be validated in the church and advised her to speak to her parish priest. Five months later, she came to see Father Hayek to thank him, saying, "Father, you saved my life," he recounted.

"I wish everybody could tell me this," Father Hayek said.

He said priests going to confession must consider two questions: "How loyal are we to our commitment to our vocation? How good of an example have we given to the people we have served?"

The vocation, he said, is not without struggles. Despite the graces of holy orders, priests are not exempt from facing challenges on a human level.

"What people must first try to understand is that you are dealing with a man …. The priesthood has given him authority of divine origin, but it does not give him immunity and strength except in the spiritual activities. When it comes to being human, we are like you. We share the same weaknesses, humanly speaking. There is a complete separation between the human and the spiritual."

In retirement, Father Hayek follows his own program of prayers and readings for each day.

"I pray for all the people whose path I have crossed in my life," he said.

He also tries to keep up on the progress of his favorite football and baseball teams: the Pittsburgh Steelers, the Pittsburgh Pirates and the Boston Red Sox.

Solutions to save, protect forests needed 'without delay,' says cardinal

Be always on alert for protection of souls, says priest of 60 years 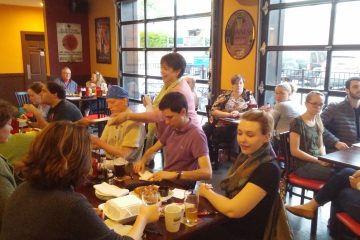