Our parents told us to stay away from the river, so naturally, that’s where we went. We would get muddy in the sour-smelling river muck that lined the banks of the Mississippi, right near what the local historians claimed was the starting point of the Lewis and Clark Expedition up the wild Missouri River, which dumped acres of real estate into the stream directly across from our summertime playground.

We would sit and watch the towboats pushing long strings of barges. They would make majestic wide turns, engines roaring, as they headed west to hit the mouth of the Missouri or as they came shooting out of the Missouri to turn north up the Mississippi or south to St. Louis.

And< nearly every time, we’d see a crew member dump a galvanized garbage can or a 10-gallon pot of garbage overboard. Just think, some civilizations thought rivers were deities. We treated them like dumps.

“Ratti fuime,” my grandfather would call us when we would stop by his house to wash the mud off before we went home. River Rats – we earned the name.

We waded in the river – no swimming, we weren’t stupid — tossed stones in the river, sat on its banks and told each other big lies about things we knew nothing about, tried to catch frogs and snakes in the nearby woods and even occasionally dropped in a fishing line, not that we would eat anything we caught. The oil refinery that employed our fathers also flushed its waste into the river as did any number of mills, factories and communities upstream.

The grit on our skin came from one of the 69 smokestacks (a reporter counted them and wrote a story about it in the local newspaper) just in the plants near my home and we often joked that cars got better mileage in our town because of the methane and other gas fumes that passed for air.

Earth Day is Sunday April 22, 2017. . We’ve come a long way in the past 60 years and we still have a long way to go. Are humans causing climate change? All I know for sure is that the geological record shows that the climate has changed many times in the past four billion years. What I believe is that for every right or benefit we humans enjoy we have a corresponding responsibility.

Make persecution 'difficult for others to ignore,' cardinal says 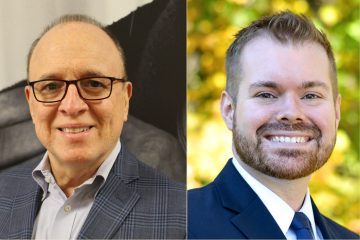