Washington, D.C. Newsroom, Sep 24, 2020 / 11:10 am MT (CNA).- Retired West Virginia Bishop Michael Bransfield told CNA Thursday that he is retired, wants to stay retired, and does not want to “do battle” with his successor, after Bishop Mark Brennan of Wheeling-Charleston called an apology from Bransfield, “self-serving” and “lacking in any contrition.”

“I’m retired and I want to stay retired, and I do not wish to do battle with my successor, I really don’t,” Bransfield told CNA by telephone Sept. 24.

“The problem is, when I start to comment, it gets into a battle,” Bransfield added.

After his retirement in 2018, Bransfield was accused of sexual and financial misconduct. A Church investigation followed, and Bransfield was ordered by the Vatican to make financial restitution for funds stolen from the diocese, and to apologize.

In a letter to West Virginia Catholics on Thursday, Bishop Brennan, who succeeded Bransfield as leader of the diocese last year, said the reaction of local Catholics to Bransfield’s Vatican-ordered apology, given in August, has been “mixed.”

After the Vatican-ordered investigation, Bransfield released Aug. 15 a letter through his former diocese, in which he apologized for “any scandal or wonderment caused by words or actions attributed to me.”

“For my part, I found his apology self-serving and lacking in any recognition of, or contrition for, actually having offended people,” Brennan wrote Thursday.

Responding to Brennan’s letter, Branfield told CNA “That is the bishop’s opinion.”

Brennan’s letter, dated Sept. 24, addressed several issues in addition to what he called “the Bransfield saga,” including the still-ongoing coronavirus pandemic and the formation of Catholic consciences ahead of the November general election.

After Pope Francis accepted Bransfield’s resignation in 2018, Archbishop William Lori of Baltimore was ordered to investigate allegations that Bransfield had sexually harassed adult males and misused diocesan finances during his tenure. Investigators established that the bishop had engaged in a pattern of sexual malfeasance and serious financial misconduct.

The bishop was eventually ordered by the Vatican to apologize and to repay some $441,000 to the diocese.

In August, Brennan published the text of Bransfield’s apology, in which the former diocesan bishop said he “was reimbursed for certain expenditures that have been called into question as excessive,” but insisted that he “believed that such reimbursements to me were proper.”

During his time there, Bransfield spent thousands of dollars on jewelry and other clothing, including spending more than $60,000 of diocesan money at a boutique jeweler in Washington, D.C.

He also spent nearly $1 million on private jets and over $660,000 on airfare and hotels during his 13 years as Bishop of Wheeling-Charleston. He often stayed in luxury accommodations on both work trips and personal vacations, and gave large cash gifts to high-ranking Church leaders, using diocesan funds.

“I am writing to apologize for any scandal or wonderment caused by words or actions attributed to me during my tenure as Bishop of the Wheeling-Charleston Diocese,” Bransfield said in his August apology.

“There have been allegations that by certain words and actions I have caused certain priests and seminarians to feel sexually harassed,” he added.

“That was never my intent,” Branfield wrote in August, adding that “if anything I said or did caused others to feel that way, then I am profoundly sorry.”

In his letter to the diocese on Thursday, Bishop Brennan said that he had published Bransfield’s apology “without alteration or comment, trusting that our people would see it for the non-apology that it was, and they did.”

Brennan also acknowledged that many people in the diocese believe Bransfield “got off far too lightly” for his actions but said further prosecution or punishment was unlikely.

“Only the civil authorities can charge a person with a crime or send him to jail, the Church can do neither,” Brennan said, but added “to be clear the diocese cooperates with civil authorities who are investigating illegal behavior.”

Although Bransfield has repaid more than $400,000, the diocese had originally sought nearly $800,000 from the bishop. Brennan said that any civil suit by the diocese to recover more money was very unlikely to succeed because of First Amendment protections on the internal ordering of churches.

“We did get some satisfaction relative to the Bransfield affair,” wrote Brennan. “To the best of my knowledge, the Holy See has never told a bishop in this country to apologize to his people and to make some financial restitution to them.”

“Rome did that to Bishop Bransfield, even if the ‘apology’ was anemic and the financial restitution, though substantial, was less than we initially sought,” Brennan said, calling it a “shot across the bow” to other American bishops that “outrageous conduct will not be tolerated.”

“As some of you have told me,” Brennan concluded, “we need to put the Bransfield saga behind us and move on to the work before us: making Christ known and loved in the state and serving those in need.”

McCarrick report due for release next week 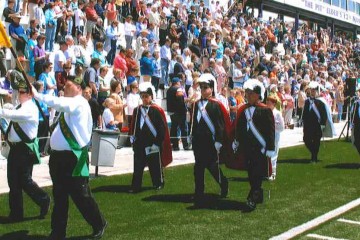