MADISON, Wis. — Bishop William H. Bullock, the retired bishop of Madison who also had served as Bishop of Des Moines, Iowa, and Auxiliary Bishop of St. Paul and Minneapolis, died April 3, 10 days before his 84th birthday.

Bishop Bullock, who retired in 2003, was recently diagnosed with terminal cancer.

His funeral Mass was scheduled for April 7 at Our Lady Queen of Peace Catholic Church in Madison.

He attended the University of St. Thomas in St. Paul, Minn., before joining the U.S. Navy in 1944 to serve in World War II. He finished his bachelor’s degree in philosophy in 1948 at the University of Notre Dame in South Bend, Ind., and later returned for a master’s degree in liturgy and religious education in 1962.

He was ordained a priest of the Archdiocese of St. Paul and Minneapolis June 7, 1952, by Auxiliary Bishop James Byrne at St. Paul Cathedral in Minneapolis. He was associate pastor at three parishes before serving from 1957 to 1967 as dean of resident cadets, religious instructor and chairman of the religious education department at St. Thomas Academy in Mendota Heights, Minn. He was headmaster from 1968 to 1971.

Pope John Paul II named him an auxiliary bishop of the archdiocese June 3, 1980. He was ordained a bishop on Aug. 12, 1980, at St. Paul Cathedral. He served for seven years under Archbishop John R. Roach.

He served the diocese for 10 years, working past age 75, when bishops are required by canon law to turn in their resignation. Pope John Paul accepted his resignation May 23, 2003. He continued to preside at confirmations, give talks and attend parish and diocesan events through the end of his life.

Although originally from Minnesota, Bishop Bullock considered Wisconsin his home. He arranged to be buried in Madison at Resurrection Cemetery in a section of graves for the next 12 bishops of Madison.

“But when the new cathedral is built with a crypt, I am to be buried there,” he said in a 2010 interview with the Catholic Herald, Madison diocesan newspaper. “I always kid the priests that it will be easier for them to visit me when they come to the cathedral for chrism Mass, ordinations and other diocesan events. I wink at them and say, ‘I’ll leave the light on.’” 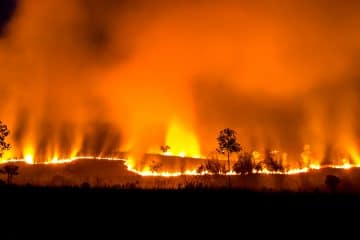