On August 27, the chair of the U.S. bishops’ anti-racism committee, Bishop Shelton Fabre of Houma-Thibodaux, called for Catholics to observe either August 28 or September 9 as a day of prayer and fasting “in reparation for sins of racism to the Sacred Heart of Jesus.”

August 28 marked the anniversary of Dr. Martin Luther King Jr.’s “I Have a Dream” speech at the civil rights March on Washington, while the feast of St. Peter Claver is observed on September 9.

The announcement followed a summer of anti-racism protests and riots in U.S. cities, after the killings of African-Americans including Ahmaud Arbery, Breonna Taylor, Jacob Blake, and George Floyd.

St. Peter Claver was born in Catalonia, Spain, in 1581, and joined the Jesuit order; he became a missionary to present-day Columbia in 1610. For more than 40 years, he served and catechized African slaves brought to the area by European colonists, vowing to be “the slave of the blacks forever.”

Bishop Michael Olson of Fort Worth, Texas, preached on September 9 on the Gospel of Matthew 25:14-23—the parable of the talents.

The servant in the parable who buries his talent in the ground ultimately “rejects God’s hope for him,” Bishop Olson said, in denying that “that God can do anything beautiful with him or with others.” Today, he said, we “must take note” of persons “who are despairing and presumptuous” in denying God’s ability to effect change.

“We must not follow them or become enraged by their anger and shouts for anarchy by refusing to see the Good News in ourselves or others,” he said.

Bishop Olson also preached that racism is not simply a “systemic sin,” but runs through human hearts.

“Our hope is not in ourselves but in God Almighty Who loves us enough to offer to save us from ourselves and loves us so much that He invites us to join Him in His saving work,” he said.

Furthermore, change cannot come from theories, but from a conversion of heart, he added.

Archbishop Wilton Gregory of Washington, D.C., the first African-American archbishop of the archdiocese, preached at a Mass on the feast that the readings included “warnings,” but warnings that are “life-saving.”

It is “a warning of the dangers of hatred, neglect, and hard-heartedness toward others,” he said. “St. Peter Claver, help us to see Christ in one another.”

Fr. Josh Johnson of the diocese of Baton Rouge invited Catholics to pray and fast for an end to racism on Wednesday. “There are certain demons that will only be cast out through prayer and fasting,” he tweeted.

Bishop Joseph Strickland of Tyler, Texas, tweeted that “St Peter Claver beautifully reminds us that when we treat any group of God’s Children as less than human we do harm to every human being whatever their age or circumstance.”

Bishop Michael Burbidge of Arlington prayed for an end to racism on the feast day. “To experience the peace for which all of us truly desire, we must acknowledge the Source of Peace, our Lord Jesus,” he said. 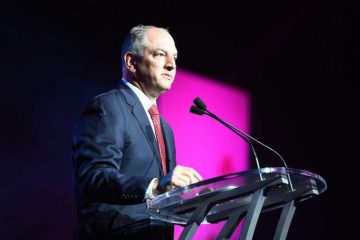