Few Catholics following the events of the conclave that elected Pope Francis can forget the pontiff’s first public appearance. Standing above St. Peter’s Square, he addressed us as brothers and sisters, and acknowledged the surprise of many that Cardinal Jorge Mario Bergoglio had been elected pope.

“You all know that the duty of the conclave was to give a Bishop to Rome,” the pope said. “It seems that my brother cardinals have gone almost to the ends of the earth to get him, but here we are.”

That phrase, the ends of the earth, gives the title to one of the latest biographies of Pope Francis. Published in May by St. Benedict Press, author Thomas J. Craughwell makes Pope Francis, The Pope from the End of the Earth an unusually compelling read for a biography.

Among the books most appealing aspects is the inclusion of more than 60 high-resolution color photographs. Some photos take readers inside the Sistine Chapel immediately after the election of Pope Francis. One particularly moving photo was taken from behind the pope as he made his initial appearance. Still more photos show Pope Francis’ life as a boy in Argentina, later as a priest and then as a bishop and archbishop.

The Pope from the End of the Earth serves as a historical snapshot of the time of Pope Francis’ election. Melding brevity with important details, Craughwell’s book neatly explains Pope Benedict XVI’s resignation, the sede vacante period, the general congregations and conclave and the aftermath of the pope’s election. From title page to the “about the author” blurb in the back, Pope Francis, The Pope from the End of the Earth is just 175 pages long. but still manages to give the reader and authoritative and well-researched glance and the man who is now pope.

In addition, there are various “sidebar” items in the book with titles like “Why does a Pope change his name?” and “Who was St. Francis of Assisi?” These serve to provide important background and context for understanding the election of this particular pontiff.

The book doesn’t shy away from the controversies of Pope Francis’ episcopate in Buenos Aires during the military junta but it portrays those events, and others through the pope’s life, with a balanced view.

Near the back of the book, Craughwell includes Francis’ first homily as pope, as well as the homily from his installation Mass.

This book could easily be used in a high school or college book report or as a coffee table conversation starter. With a mixture of the pope’s own words, quotes from those who knew Cardinal Bergoglio, beautiful pictures and an exceptionally accessible style of writing, Pope Francis, The Pope from the End of the Earth can serve as a great starting point for learning about this unique pope.

Need peace in your life? Have yourself a Sunday 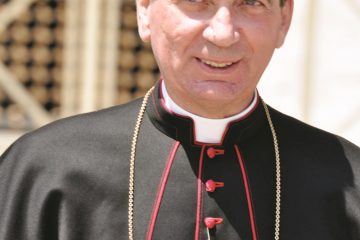