As recently as 10 years ago, very few people expected that we would have serious public debates in 2022 about what pronouns to use for people; whether public schools could be compelled to allow boys to use girls’ restrooms; if 14-year-old children should be permitted to have mutilating surgery on healthy organs; or the fairness of forcing women to compete against men in athletic competitions. Yet each of these issues is among the most heated and broadly debated in American public life. All of these problems are related to a revolutionary movement by some people for how they want us to think about sex and gender. Or, perhaps more accurately, the problems are related to the separation of gender from biological sex. How did we get here?

In her 2019 article, “The Rise of Gender by the Eclipse of Sex” (in Notre Dame’s online Church Life Journal), Dr. Abigail Favale outlined the intellectual history of the physiological sex’s separation from gender identity. By analyzing the rise of certain forms of feminism that contend gender is nothing more than a description of social roles or cultural expectations, she perceptively traced the genealogy of contemporary “gender theory” or “gender ideology.”

Dr. Favale has expanded that article into a brilliant book-length treatment of this issue in The Genesis of Gender: A Christian Theory. Deftly combining personal anecdote, literary analysis, social theory and Christian theology, The Genesis of Gender is a necessary resource when considering the current crisis of gender dysphoria, transgenderism and gender ideology from a Catholic Christian perspective.

“It is difficult to underestimate the impact of widespread contraception on our culture, in terms of both thought and practice,” she explains. “We live and move and have our trysts in a contraceptive society, where the visible sexual markers of our bodies no longer gesture toward new life, but signal the prospect of sterile pleasure.” When procreation is separated from sexual organs and impulses, it is not a long step to a theory that sexual organs are incidental to what it means to be a man or a woman. From there it is a shorter step to gender “identity” being entirely separate from sexual physiology.

This is one of several cultural shifts that have given rise to gender ideology, which produced the breathtaking rise in transgender identification. Dr. Favale contends that gender ideology did not arise as an explanation of transgenderism, but rather, she persuasively argues, the rise of transgenderism is caused by gender ideology. A theory that separates sexual physiology from personhood, when applied to a person struggling with gender identity and roles, has exponentially increased the number of adolescents (especially girls) who identify as transgender. Sexual incongruence is nothing new, Dr. Favale argues; however, the separation of physiology from sexual identity is. And when applied to dysphoria, this separation leads to the transgender crisis.

Dr. Favale does not merely critique, but instead advocates the recovery of a Christian anthropology as an answer to the rise of gender ideology. A review of this length cannot do justice to the entire argument, but it is the forum by which I very highly recommend The Genesis of Gender as a clear explanation and analysis of the crisis in gender and sexuality. This is truly an important book. 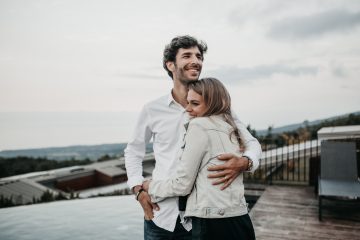