Book Review: When the Church Was Young

More than once I’ve heard an intellectually-minded convert to Catholicism say their journey to the fullness of truth began when they started to study the earliest fathers of the church. Reading up on the lives and writings of men who lived 1,900-plus years ago — a daunting task — is made easy in When the Church Was Young: Voices of the Early Fathers by Marcellino D’Ambrosio.

When the Church Was Young is an offering from Cincinnati-based Servant Books. It runs 320 pages and retails for $19.99. It has been available in Catholic bookstores and online at the Servant Books website since August of this year.

Popularly, the phrase “early church fathers” means the teachers who lived in the early days of Christianity, helping us guide and form the faith that Jesus left behind and that the Apostles had helped establish.

In D’Ambrosio ‘s book, he refers to the “early church fathers” as, “those great Christian writers who passed on and clarified the teaching of the apostles.” He considers their time as beginning after the death of the last apostle, which he places around 100 A.D.

The book covers roughly 700 years of church history, along the way showing the careful development of doctrine, clarification of canon and the various heresies whose challenges prompted defense of the truth.

The doctrines of the church, and the heresies that challenged them, can easily lead an author to a high-brow use of vocabulary that would leave all but the most learned readers stumped. D’Ambrosio’s work on the other hand writes accessibly without watering down the content. By the end of the book, readers should be able to explain the difference between the heresy of the Ebionites and that of Arianism. In addition, while the teachers chronicled in the book are long-dead, D’Ambrosio takes pains to portray them as real people with real personalities.

Throughout the work, which flows chronologically, D’Ambrosio tells the story of how doctrines and teachings came to be taught. Today, most Catholics take as common knowledge that much of the Old Testament prefigures the coming of Christ, but before Origen in the second and third centuries, even that wasn’t taken for granted.

“The object of all scripture (to Origen), its ultimate content even in the Old Testament, is Jesus Christ,” D’Ambrosio wrote. He goes on to quote a long passage of Origen where the scholar shows the Old Testament story of Abraham being willing to sacrifice his son as a prefiguring for God the Father’s sacrificing of Christ on the Cross.

When the Church Was Young shows that from the earliest days of Christianity, the church believed what it believes now. Baptism of infants is seen back to the beginning. The church’s understanding of marriage remains now what it was then. Confirmation, confession and all the sacraments which the church tells us were instituted by Christ were being observed by the early Christian communities.

The most striking thing between the early church and the church of today is not how different they are, but how similar.

“The church in their day was endangered from within through division and compromise. And it was endangered from without through persecution and moral seduction. Sound familiar?” D’Ambrosio asked. “The Fathers’ witness was key to the unity and vitality of the church back then. But their witness is also the key to the restoration of unity and vitality right now.”

Citations and quotations abound throughout the book so the reader really feels as though they’ve become acquainted with not just D’Ambrosio’s take, but the early church fathers themselves on a introductory level. The author’s hope is that readers go deeper.

At the end of the book is a list of further reading that includes primary and secondary sources for the book, and brief explanation of what each title contains.

The final chapter, titled “The Voice in the Voices” explains just why these early church fathers are so important.

“It is because, reverberating through these diverse voices, we can discern a single Voice. That Voice is the Word of God, coming to us through the apostolic Tradition.”

When the Church Was Young by D’Ambrosio is a welcome book to the Catholic literary scene for readers seeking to know more about the early church.

This book review by John Stegeman originally appeared in the January 2015 print edition of The Catholic Telegraph.

Book Review: When the Church Was Young 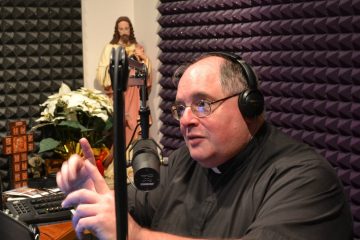