October 4, 2022 The Catholic Telegraph
Home»Uncategorized»Cardinal Foley remembered as friend to Catholic press around the world
Uncategorized

Cardinal Foley remembered as friend to Catholic press around the world

PHILADELPHIA – U.S. Cardinal John P. Foley, longtime Catholic journalist and advocate of Catholic communication, was being fondly remembered after his Dec. 11 death as a friend to the Catholic press around the world.

The cardinal, a Philadelphia native, was residing at Villa St. Joseph in Darby, the home for retired Philadelphia archdiocesan priests, when he died of leukemia at age 76.

“I was pleased that he was able to come home during the final months of his life. No matter where he lived or how he served the church over the years, he always considered Philadelphia his home,” said Philadelphia Archbishop Charles J. Chaput.

The archbishop described Cardinal Foley as “a man of great apostolic energy” and said anyone who met him “was immediately aware of his intense love for the church and his zeal for communicating the Gospel.”

“By the sheer force of his personality, he drew people to the faith and to himself,” he said, adding that the cardinal’s “charisma and gentle spirit will be sorely missed throughout the universal church.”

The cardinal’s body was to lie in repose for public viewing Dec. 15 at the chapel of St. Martin of Tours at the St. Charles Borromeo Seminary in Wynnewood. His body will also lie in state Dec. 16 at the Cathedral Basilica of Saints Peter and Paul in Philadelphia prior to the 2 p.m. funeral Mass.

Cardinal Foley was known for his many different roles: editor of Philadelphia’s archdiocesan newspaper, The Catholic Standard & Times, 1970-1984; head of the Pontifical Council for Social Communications, 1984 to 2007; and most recently, grand master of the Knights of the Holy Sepulcher, a chivalric organization dedicated to supporting the Latin Patriarchate of Jerusalem and to responding to the needs of Catholics in the Holy Land.

To many, he was known as the Vatican’s “Voice of Christmas” in his role as English-language commentator for the pope’s midnight Mass for 25 years.

Greg Erlandson, president of the Catholic Press Association, described the cardinal as a “bright, witty, humble man who served his church faithfully and well in many capacities.”

He said the cardinal was an “indefatigable supporter of the Catholic press” who always “remained a journalist at heart, and he believed strongly in the importance of this professional vocation for the life of the church.”

Erlandson, president and publisher of Our Sunday Visitor, praised Cardinal Foley’s work as president of the Pontifical Council for Social Communications, saying he “not only encouraged the Catholic press around the world, but he also spearheaded an effort to make the values and teachings of the Catholic Church relevant in the burgeoning fields of public relations, advertising and digital media.”

But he noted that the cardinal should be most remembered “for his strong and abiding witness to the Lord in all that he did. In his innate dignity and good will, he was a genuine prince of the church, and he will be sorely missed.”

Archbishop Edwin F. O’Brien, apostolic administrator of the Baltimore, similarly praised the cardinal’s work, saying he has “long been regarded as the patriarch of the American Catholic press.”

The archbishop said Cardinal Foley’s “professionalism and integrity was universally respected among his peers. For members of the press and for the English-speaking public around the world, in press conferences and radio and television commentaries, he was a gifted evangelizer, explaining Catholic teaching and practice clearly and thoroughly and often with a self-deprecating humor.”

Archbishop O’Brien, who was recently appointed pro-grand master of the Equestrian Order of the Holy Sepulcher of Jerusalem, praised the cardinal’s work with that organization, noting that it grew significantly under his leadership because of his “devoted commitment to the church in the Holy Land and his constant travel.”

He also noted the cardinal’s love for the priesthood and said he faced “impending death with remarkable serenity.”

Montreal Cardinal Jean-Claude Turcotte, who worked with Cardinal Foley for nearly 15 years on the Pontifical Council for Social Communications, called his friend “a humble and devoted man, very knowledgeable about the world of media and very faithful to the Holy Father.”

“The church has lost a faithful servant and a man of deep faith,” Cardinal Turcotte said. “May God welcome him into His holy dwelling.”

Basilian Father Thomas Rosica, CEO of Salt and Light Television in Toronto, said Cardinal Foley “gave a badly needed human face to the church at a time when it was most needed.”

The cardinal received numerous honorary degrees and awards, including the Catholic Press Association’s highest prize, the St. Francis de Sales Award. This past summer he received a Gabriel Award for lifetime achievement from the Catholic Academy of Communication Arts Professionals in Pittsburgh where the academy and the CPA were holding their joint Catholic Media Convention.

Academy President Frank Morock, who presented the award June 24, said the cardinal, who had worked in all aspects of media during the past 60 years, “committed his life and his ministry to the promotion of communications for the good of all.”

The previous day the cardinal told CPA members that he was a “relic” for being part of the Catholic press for 51 years.

He stressed the importance of the Catholic press, saying it “continues to have a very important role to play in the work of the church in North America today.”

“Like the crucifix above the bed in every Catholic home, a Catholic publication in the living room or the family room is a continuing reminder of our identity as Catholics,” he said.

Tony Spence, director and editor-in-chief of Catholic News Service, said there was “no greater friend or advocate for” CNS than Cardinal Foley, who was always “a champion of professional church news service and, indeed, of a professional Catholic press.”

He said the cardinal, as diocesan editor, chairman of the CPA liaison committee, and president of the Pontifical Council for Social Communications, “zealously pursued excellence in Catholic media across the board. As a Catholic communicator himself, he modeled such excellence magnificently.”

Thomas Lorsung, retired CNS director and editor-in-chief, similarly praised Cardinal Foley’s “unwavering and enthusiastic support” for the Catholic press in the United States and around the world, as he demonstrated in communications meetings in Rome and at international gatherings from Brazil to Bangkok.

“No one met the cardinal without seeing in him his profound faith. His Christian faith formed everything about him,” said Msgr. Owen F. Campion, OSV’s associate publisher, who said he and the cardinal had spoken by phone at least weekly for many years.

Msgr. Campion said that in the last year he visited him every month in Philadelphia, and last saw him a little more than three weeks before his death. Cardinal Foley “was a disciple, unquestioning and forever eager,” he said. “It enriched his priestly and episcopal vocations. It was a gift to him in grace, and it was a gift to the church.”

“We prayed the Hail Holy Queen and I gave him my blessing,” Msgr. Carbine told The Catholic Standard & Times.

Msgr. Philip Cribben, also a seminary classmate and lifelong friend, described the cardinal as someone who “never took himself seriously. He was genuinely humble, even recently in the face of death. He was a brilliant man and a man of great faith.”

The Catholic Moment: The glory of the Lord shall be revealed

Cardinal Foley remembered as friend to Catholic press around the world 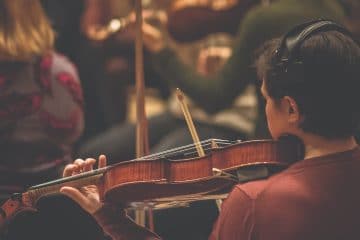