Washington, D.C. Newsroom, Jun 5, 2020 / 03:08 pm MT (CNA).- A Vatican cardinal intervened in an online discussion of racism on Friday to warn that a lack of welcome in U.S. churches is driving young African Catholics away from the Church.

Cardinal Peter Turkson, a Ghanaian cardinal and prefect of the Vatican’s Dicastery for Promoting Integral Human Development, made a guest appearance during an online panel discussion on “Racism in Our Streets and Structures” that featured Archbishop Wilton Gregory of Washington, D.C., along with other black Catholic leaders.

Turkson noted that “bishops and pastors from parts of Africa” have expressed concern that young Catholics leaving the continent to attend schools in Europe and the U.S. return home having left the Church.

“Feeling welcome in some of our traditional churches over here is an issue,” Cardinal Turkson said. The students reporting having had difficulty being accepted in Catholic communities, he said, and so they go to where they find “fellowship,” driven “into the fold of Evangelical movements and groups.”

The online discussion on Friday was hosted by the Initiative on Catholic Social Thought and Public Life at Georgetown University, and moderated by the director of the initiative, John Carr.

Panelists included Archbishop Gregory of Washington, D.C., the only African-American archbishop in the United States, Gloria Purvis, host of the EWTN radio show “Morning Glory,” Ralph McCloud, director of the Catholic Campaign for Human Development, and Dr. Marcia Chatelain a professor of history and African-American studies at Georgetown.

The event was held amid national protests over the death of George Floyd, a black man from Minneapolis, in police custody. The killings of Ahmaud Arbery in Georgia in February and Breonna Taylor in Louisville were also discussed at Friday’s panel.

Archbishop Gregory said that watching video footage of George Floyd saying “I can’t breathe” as Minneapolis Police Officer Derek Chauvin knelt on his neck reminded him of attending the open-casket viewing of Emmett Till as a young man.

Till, a 14 year-old African-American male, was lynched by white men in Mississippi in 1955, and his mother chose to have an open-casket wake to exhibit the brutality of his murder.

Chauvin has since been dismissed from the force and arrested on charges of second degree murder.

The recent killings of Arbery and Floyd are part of a “collage of individuals who have been assassinated,” Gregory said, “for no other reason than the color of their skin.”

Purvis said that she watched the video of Floyd’s arrest in horror, wanting to yell at the police officer kneeling on his neck, “Stop in the name of God! Stop!”

“I just thought the image of God is being abused right here in front of me,” she said on Friday. “It’s like watching an abortion being performed, and you can do nothing.”

Gregory also discussed a recent statement of his that criticized a visit of President Donald Trump to the Saint John Paul II National Shrine in Washington, D.C. as a political photo-op during the mass protests against racism and police brutality.

The archbishop had said the morning of the visit that it was “baffling and reprehensible that any Catholic facility would allow itself to be so egregiously misused and manipulated in a fashion that violates our religious principles.”

The White House and shrine both said that the visit had been planned in advance of the demonstrations in Washington, D.C., and other cities. A spokesperson for the shrine said on Tuesday that the White House “originally scheduled this as an event for the president to sign an executive order on international religious freedom.” Trump signed the executive order later that day.

On Friday, Gregory said that Pope St. John Paul II “was a man of incredible concern about the dignity of human beings” and even before his pontificate “was battling systems” that were intended to “deny human dignity.”

“That shrine is a holy place because of the man that it honors,” Gregory said, and it never should have been used as a “political statement.”

After some Catholics criticized Gregory’s outspoken response, he said Friday that he found the reactions “reminiscent, in my mind, to the criticism that people gave to Catholic priests and nuns that they saw marching during the civil rights period.”

“The Church lives in society,” he said. “The Church does not live behind the four doors of the structures where we worship.”

Panelists also discussed the intersection of racism and the new coronavirus pandemic. Gregory said that racism is similar to a virus in that both “are things that impact our lives that frighten us, but also come in silent and oftentimes undiscoverable ways.”

Purvis addressed the arguments that mass protests might put lives in danger by spreading the virus. Participants are well aware of the dangers of catching the virus, she said, but this speaks to the gravity of the issues of racism and police brutality they are protesting.

“The Lord is calling the entire nation to repentance,” Purvis said. Catholics should examine their consciences to see how they might have demeaned their neighbor in thought, word, or act. Catholics can always ask God, “please show me my brokenness,” she said. “He will do that.”

Offering a concrete way for Catholics to fight racism, she said “Listen to people of color. Just listen.”

The pro-life movement should also get involved to fight racism, she said, as the “Gospel imperative” behind the movement “is about the human person.”

“The call of this movement is to say we don’t want the power of the state used against us,” she said of the racial justice movement.

In her remarks, Chatelain, the Georgetown professor, asked whether Catholics are really willing to sacrifice, and to change their own attitudes, to address racial injustice.

Gregory offered that he is hopeful about change, because “if you look at the faces of so many of the protesters, the quiet, gentle, peaceful protesters—they’re white faces. There are many more white faces involved in this response than I ever saw before. And that gives me a spirit of hope that somehow this is more than just a passing moment. I pray that it’s more than just a passing moment.” 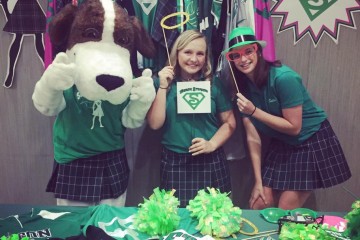