Cardinals’ meetings begin with business, then look toward choosing pope

VATICAN CITY (CNS) — The world’s cardinals were to begin meetings at the Vatican March 4, and while onlookers are focused on who may be the next pope, the cardinals have business to deal with.

Honduran Cardinal Oscar Rodriguez Maradiaga of Tegucigalpa said the general congregations begin with the actual business of running the church during the extraordinary period when there is no pope.

While the cardinals do not have to plan and set a budget for a funeral and burial — which past general congregations have had to do after the death of a pope — there still is a “sede vacante” budget to approve and the formal authorizing of sede vacante stamps and coins.

In the general congregation, the cardinals set the date for the beginning of the conclave, but the Vatican spokesman said that is unlikely to happen on the first day.

The cardinals also begin examining together and in depth the rules for the conclave and for electing a new pope, Cardinal Rodriguez Maradiaga told Catholic News Service March 1. They invite experts in canon law to join them and give advice if some points are unclear or in dispute.

Only after they deal with practical business, he said, will they begin discussing the main challenges facing the church.

In 2005, he said, they had broad discussions, then broke up into small groups, according to continent, “so we could define better the challenges” particular to their region. “I believe we will do the same” this time, the cardinal said.

Asked if there also are secret meetings in backrooms and restaurants before the conclave, he said: “These are stories. I never had those kinds of meetings during the last conclave. It’s a different thing trying to elect a pope than vote for a candidate of a (political) party. We, instead of thinking of candidates, we think of the main challenges, the main problems, and then try to think, in prayer, who can be the best-suited person for facing those challenges and trying to help the church.”

As soon as Pope Benedict announced his resignation, the cardinal said, every Mass in the Tegucigalpa Archdiocese began with a prayer for the election of the new pope. “And, of course, my prayer has been directed to the Holy Spirit, asking for light and wisdom” as he prepares for the conclave.

Once inside the conclave, he said, “there will be many names” that come out on the first ballot. “But then time goes by. We try to focus, especially, on the main challenges of the church and who can be the person to answer those challenges.”

Cardinal Rodriguez Maradiaga, 70, said it’s necessary for the cardinals to consider the age of the candidates, but that does not mean it will be the determining factor “because knowing now there is a precedence of resignation means the next pope will not be tied to going until death; it is possible to serve for a certain number of years and then retire. Why not?”

The cardinal said it is possible that his brother electors will decide to look outside Europe for the next pope, “but it’s not a matter of nationality or where you were born. It’s a matter of the main problems of the church and the person who could answer, no matter where he was born.”

“But, of course, the church is growing in the American continent. We have the majority of Catholics in the world, which is a very interesting factor to take into consideration,” he said. “Asia is the big challenge and the big horizon because it has more than one-third of the population of the whole world and the least number of Catholics, so for the missionary aspect, it will be important. Africa is flourishing in hope and growing in numbers of Catholics.”

All of those regional issues are part of the universal ministry that will belong to the next pope, he said.

The church, he said, is a transcendent, divine and spiritual institution that is made up of human beings and lives in the world, which means “the main problem of the church is how to announce the message of God,” especially in modern cultures that try to exclude or deny God’s existence.

All of the other problems facing the church and humanity flow from that problem, he said. When people deny God’s existence, “how can you preach ethical principles?”

Cardinal Rodriguez Maradiaga said that, from personal experience and his expertise in human psychology, he knows that attempts to use the political labels “liberal” and “conservative” to define and divide the cardinals are inaccurate and say more about the person doing the labeling than about the cardinals themselves.

The cardinal said he has been accused by some people of being a liberation theologian, while others say he is too conservative.

“The most important thing is how is the faith” of the cardinal. “Faith is the most important” factor in the life of a cardinal and, of course, of a potential pope, he said.

In electing a new pope, the Honduran cardinal said he will look for “a person of faith, a person of love with a big heart to understand, especially, the human sufferings of today and to understand we are only servants, not kings.”

Archbishop Schnurr celebrates mass for the election of the pope [Video]

What message is Pope Francis sending with his choice of new cardinals?

Cardinals’ meetings begin with business, then look toward choosing pope 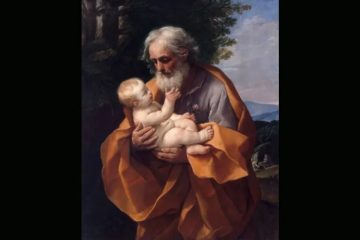