A Catholic exorcist said on Tuesday that a recently-unveiled Converse shoe with a pentagram design could lead to a fascination with the occult.

“The danger with these types of things,” Fr. Vincent Lampert told CNA, “is that they create a fascination with evil.”

The shoe, which became available for purchase Jul. 27, is currently sold out. Named the TURBODRK Chuck 70, it was designed by the famous fashion icon Rick Owens in partnership with Converse. The design contains an upside-down pentagram on both the sole and the heel of the shoe, with an exaggerated downward-facing point of the symbol.

“The aesthetic is all about disrupting formality—embracing traditional structure and then blowing it up,” the Instagram account of Converse wrote in a post revealing the shoe design.

The pentagram is a historic symbol used in many contexts, including by Freemasons, on national flags such as those of Morocco and Ethiopia, and in modern occult practices by Wiccans. The upside-down pentagram with a goat’s head inside is the official symbol of the Church of Satan.

In the post, Owens is quoted as saying he had used the pentagram in fashion “for a long time because obviously, it has adolescent occult associations.” Owens said the pentagram refers to an “alternate system,” and suggests a “pursuit of sensation” and the “pursuit of pleasure.”

“But one of the main things that I think it suggests,” he said, “is empathy and a consideration of systems of living that might not be standard. So that leads us to be more accepting and tolerant of other systems, which I think is a good thing.”

Fr. Lampert told CNA that while use of such a symbol might simply be “entertainment,” it could foster a harmful introduction to the occult.

“At first glance one might think that a pentagram on a sneaker may seem to be nothing but harmless fun,” Fr. Lampert said. “We may think of it as nothing more than some form of entertainment but the devil can use this interest in things associated with the occult as an entry point to enter a person’s life.”

Lampert told CNA that seeing the pentagram on the sneaker could lead to greater curiosity about the demonic world, “and the person’s life begins to spiral downwards.”

“Fascination with the evil one” is not what should be fostered, Lampert told CNA. Instead, society should be promoting that the human person is created in the image and likeness of God and has the innate desire for God, he said.

Owens, the Converse post said, had “emerged from the glam-rock and grunge underground to become one of fashion’s essential iconoclasts,” noting that his “DRKSHDW diffusion line, launched in 2005, blends punk edge with couture-like sophistication.”

In a 2019 interview with Nathan Heller for Vogue Magazine, Owens revealed he was once a Catholic who then “fell off.”

During the interview at Owen’s 2019 residence in Paris, he and Heller visited the nearby historic Sainte-Clotilde Basilica church. Owens said that he enjoyed the “space” of the church being part of his life. “When I was growing up, religion was my first example of the connection between exoticism and the morality of behavior. There was glamour, but there was also a sense of higher purpose,” Owens said.

Owens had previously visited the church with his parents to discuss “serious matters,” Heller wrote.

Heller reported that in 2018 Owens considered having a fashion show in the basilica. Owens did not find the idea irreverent, “because it had become his church-a deeply personal, sacred place- and he felt duly protective of it.”

Converse is a subsidiary of its parent company, Nike Inc. Earlier this year, famous rapper Lil Nas X began selling Nike-branded “Satan Shoes” that supposedly contained one drop of human blood, a pentagram, and had “Luke 10:18” stitched on them. The shoes cost $1,018 per pair and sold out in less than one minute. The verse of Luke 10:18 states, “Jesus said, ‘I have observed Satan fall like lightning from the sky.’”

The New York Times reported in April that the shoe line was recalled because Nike did not authorize sale of its design. After Nike sued the subsidiary company, MSCHF, the shoes became available for return.

The Times reported that Nike said it had nothing to do with the shoe line. Nike announced the release of Rick Owens’ pentagram shoes on its website in July.

Archbishop Cordileone named prior of historic order of Catholic knights 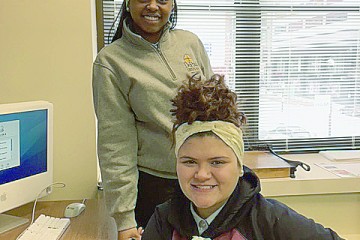