“For Catholics who have been abused by a priest or clergy, it’s doubly difficult because they have not only been psychologically traumatized, but spiritually traumatized,” Peloquin told Catholic News. “Unless that is addressed, healing is very difficult.”

His work as a Catholic psychologist is tied to his own journey as an abuse survivor.

“I’m a survivor myself,” said Peloquin, who is based in Albuquerque, New Mexico. “I left the church for over 30 years. I thought I had the perfect justification. I totally rejected the church and walked away.”

Peloquin overcame the effects of the abuse by reclaiming his faith and helping fellow victims in his professional life as a psychologist. Once suffering from spiritual doubt, he now works to promote spiritual healing.

“If one says, ‘the Catholic Church is bad’ or ‘all priests are bad,’ that’s too broad of a brushstroke. They’re not,” said Peloquin, who struggled with his beliefs for a long time. “I thought that way for a while.”

His decision to return to Catholicism was difficult. It resulted from experiences that changed his perspectives over time.

“I came to a point in my life where I came to my senses and realized I wasn’t finding what I was looking for in life — that there was a great spiritual void,” Peloquin said. “My heart started to soften over a period of time. It took many years.”

He started going to church while escorting his terminally ill father to daily Mass. Peloquin did not attend to worship, but attended out of a sense of duty and obligation.

As time passed, Peloquin sought out a one-on-one experience with God — not in a busy parish, but in the isolation of a Benedictine monastery in the mountains. He said he was able to develop his personal faith in God while experiencing the beauty of nature.

Peloquin said that going to a church can trigger traumatic memories for victims. He advised survivors to seek spiritual healing in a place where they feel peace.

“If people can find a way to be quiet and still, the Lord wants to reach out to them,” he said.

He said that while many survivors feel the need to vent their anger, it is only a first step in the healing process. Peloquin also does not believe that money awarded in damages can restore victims to spiritual and emotional wholeness.

“If people say, ‘Well, I’m just going to get money,’ that’s not going to heal anything,” Peloquin said. “We’re talking about a psychological and spiritual wound.”

He advised parents to seek help from police or professional counselors if their child discloses sexual abuse.

“I would recommend that the parents get a consult with someone who is familiar with this, to see if they could ask the right questions, how they should react and how they are reacting,” he said. “Don’t go off and attack a priest or a teacher without getting the support of a professional.”

Professionals trained to interview children can often uncover details that parents cannot, while still being sensitive to the needs of the child.

“Oftentimes abuse is committed by someone that is known by the family members,” he said.

While most parents react emotionally because of disbelief or anger, Peloquin said it is important to keep calm. Open-mindedness, a caring demeanor and good listening skills prevent a child from “shutting down,” he explained.

Many children hesitate to come forward because of fear that no one will believe them. Children who have been seduced over a period of time also feel guilty about being abused. Peloquin said parents must not allow their religious or personal views get in the way of listening to their child.

“The child needs to feel that they’re respected and protected in all things,” he said.

The psychologist said children should be educated about appropriate and inappropriate types of touching. Kids also should be encouraged to speak to a parent, teacher or other responsible adult if they feel uncomfortable with a particular adult. Doing so, Peloquin said, will enable children to recognize inappropriate behavior and not be seduced into an unwanted relationship. Children should also be encouraged to vocalize their concerns to others.

In advice to fellow Catholics who are struggling emotionally because of clergy sex abuse, Peloquin said panic is not the right response.

“Most priests are good people, but there are some who aren’t,” he said. “We need the priests. We don’t have the sacraments without the priests. But we need good priests, who want to live the life of the priesthood and as servants.”

Peloquin said that during his years as a professional psychologist, he has never seen any harm resulting from parents supporting and listening to their child. Problems arise, he said, when parents are close-minded.

“If parents deny it and say, ‘this can never happen,’ that’s very harmful.” 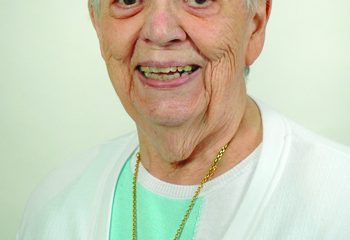