After a difficult 2020-2021 year for many Catholic schools, enrollment numbers are rebounding nationwide, according to data from the National Catholic Educational Association.

Overall, enrollment in Catholic schools in the U.S. is up from 1.63 million last year to 1.69 million this year, an increase of more than 3.5%, according to the NCEA.

Despite the increase, enrollment numbers do not appear to have yet reached 2019 levels, which saw 1.74 million students enrolled.

CNA also contacted the ten largest dioceses in the country by Catholic school enrollment to ask how their enrollment numbers this year compare with last year. The results that CNA received are plotted on the following map, and enumerated below.

Enrollment numbers for Los Angeles, New York, New Orleans, and Chicago for 2021-2022 were not immediately available.

Cincinnati has a disproportionately large number of Catholic school students for its size. Spokeswoman Jennifer Schack told CNA that the archdiocese has 39,839 students enrolled this year, an increase of 1.5% over the previous year.

However, when looking at the past five years, the number of students is trending down by 2.5%, she said.

The archdiocese currently serves some 440,000 Catholics in 19 counties, but that number is decreasing. Under a new consolidation plan, existing parishes in the Cincinnati archdiocese— of which there are currently more than 200— have been grouped together into 53 “families,” which could eliminate more than 70% of active parishes. The consolidation process is set to be complete by July 1.

St. Louis, similar to Cincinnati, is not one of the largest dioceses, but has a disproportionate number of students in its Catholic schools.

Schwob said despite the high figures, Catholic school enrollment overall has been on a slow but steady decline in the archdiocese for years. Despite this overall trend, Catholic elementary school enrollment in St. Louis increased this year for the first time in 32 years, he said.

The Brooklyn diocese also saw increased enrollment. Ted Havelka, Director for Enrollment Management and Financial Assistance for Brooklyn’s Superintendent of Schools, told CNA that their total enrollment for this year is 30,894, a 2.4% increase over last year.

This was the first year-over-year increase in enrollment in ten years, Havelka said.

The Cleveland diocese has 38,312 students in its Catholic schools this year, a 1.2% increase overall.

The Miami archdiocese saw one of the largest percentage increases in Catholic school students among the largest dioceses. With 34,892 students this year, that represents a 5.4% increase over last year.

Archbishop Coleman Carroll High School, located in the western edge of the city, is welcoming their largest freshman class in decades, with this year’s class nearly triple the size of last year’s. Enrollment for the school overall is up 118, or over 30%, according to Dr. Jim Rigg, the archdiocesan Superintendent of Catholic Schools.

Meredith Wilson, Media and Events Specialist in the Office for Communications for the Archdiocese of Philadelphia, told CNA that overall enrollment in their Catholic schools is up 2.5% from last academic year. 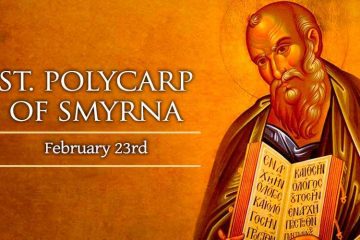