Sen. Marco Rubio (R-FL) has condemned China’s history of human rights violations and said the country should be prohibited from hosting the Olympics, as the 2022 Winter Olympics kicked off in Beijing.

“The 2022 Winter Olympics will be remembered for the atrocities committed by the Chinese Communist Party as opposed to the accomplishments of the athletes,” said Rubio in a statement released Feb. 4.

“By hosting the Games in the shadows of concentration camps, the International Olympic Committee and its corporate sponsors prioritized financial profit over human rights,” he said.

The International Olympic Committee “shredded its own Code of Ethics” by allowing the nation to host its second Olympic games in 14 years, said Rubio. Beijing also hosted the 2008 Summer Olympics.

“Until the Chinese Communist Party puts an end to all ethnic cleansing, slave labor practices, and political oppression, I will work to ensure that the Olympics are never hosted in the People’s Republic of China again.”

Beijing’s selection as the host city of the 2022 Winter Olympics has been controversial for a multitude of reasons since the International Olympic Committee announced the pick in 2014.

While there were practical concerns about Beijing’s suitability to host a winter sports event due to its lack of snow, there were also issues later raised about the country’s treatment of ethnic minorities, particularly Uyghurs in the autonomous region of Xinjiang.

Xinjiang, a region in China’s northwest nearly three times the size of France, is home to 23 million Turkic people including Uyghurs, ethnic Kazakhs, Kyrgyz, and other Muslim minorities.

China has escalated its control over the region in recent decades, citing national security as the reason for its crackdowns on public assemblies and freedom of movement.

Beginning in 2017, China constructed a system of around 1,300 detention camps where up to an an estimated 1.8 million Uyghurs and other ethnic minorities have been imprisoned. Detainees have reportedly been subject to forced labor, indoctrination, beatings, and torture.

Uyghurs outside the camps are also subject to mass surveillance, including DNA sampling, facial recognition technology, and predictive policing platforms.

The largely-Muslim population has also been subject to repression of religious practice, such as men growing beards or women wearing veils; children have reportedly been separated from their families and forced to denounce Islam.

In addition, the AP reported in 2020 that many Uyghur women were subject to forced abortions, sterilizations, and implantations of IUDs as part of China’s coercive family planning limits.

On Jan. 19, 2021, then-Secretary of State Mike Pompeo announced that he had “determined that the People’s Republic of China is committing genocide and crimes against humanity in Xinjiang, China, targeting Uyghur Muslims and members of other ethnic and religious minority groups.”

During confirmation hearings shortly afterwards, Sec. of State Antony Blinken said that he would agree with Pompeo’s assessment that China’s actions constitute genocide.

International Olympic Committee President Thomas Bach declined to answer when asked if he had a message for China’s Uyghur population.

“The position of the IOC must be given the political neutrality that we are not commenting on political issues,” said Bach on Thursday.

“Because otherwise, you know, if we are taking a political standpoint, and we are getting in the middle of tensions and dispute and confrontations of political powers, then we are putting the games at risk,” he said.

“If at the end you would have Olympic Games only between National Olympic Committees whose governments agree on every political situation,” adding that “the games would lose their universality,” and would “lead to the end of the Olympic Games.”

Rubio, who acknowledged that he was praying for the “health, safety, and success” of Team USA’s athletes, stated there is an “evil genocidal regime” that is “hiding behind the pageantry and fanfare” of the games.

An example of that pageantry was on display from the very start of the 2022 games.

During the opening ceremonies, which aired early Friday morning in the United States, one of the two Chinese athletes who was selected to light the Olympic cauldron was cross-country skier Dinigeer Yilamujiang, a Uyghur from Xinjiang.

Chinese President Xi Jinping picked both of the torchbearers.

NBC’s Savannah Guthrie, who was reporting on the opening ceremonies for the network, called Yilamujiang’s selection “quite provocative,” and is an “in-your-face response to those western nations, including the U.S., who have have called this Chinese treatment of that group ‘genocide’ and diplomatically boycotted these games.”

The United States, United Kingdom, Australia, Canada, Lithuania, Denmark, and Estonia announced late last year that they would be diplomatically boycotting the upcoming Olympics. This means that no government officials from those countries will attend the games, but athletes will still compete.

India also joined the diplomatic boycott on Thursday, after officials learned People’s Liberation Army commander Qi Fabao was one of the torchbearers. Qi played a pivotal role in a 2020 skirmish on the border between India and China that resulted in at least 20 Indian soldiers dead. In 2021, he was honored with the “Heroic Regimental Commander in Border Defense” award by the Chinese government.

Rubio was not the only member of Congress to raise concerns about the safety of the athletes in Beijing.

Speaker of the House Nancy Pelosi (D-CA) said Friday that while she “wish the athletes well,” she is afraid of what the Chinese government may do to them if they appear to act out of line.

“I do not encourage them to speak out against the Chinese government (while in China) because I fear for their safety if they do,” she said.

Today’s Video: How Does the Catholic Church Declare Official Saints? 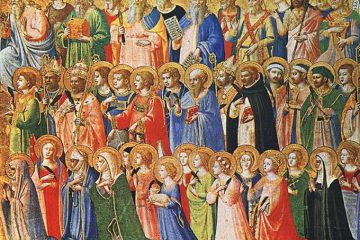