ARCHDIOCESE — As she made plans to continue her education, the idea of attending a four-year college was originally intimidating to Mary Daugherty.

“I applied to a lot of four-year schools but was really scared by the college world,” she recalled. “I visited all these schools and didn’t like how big they were and that nobody would know who I was.”

When she visited the serene St. Martin campus of Chatfield College in northern Brown County, however, Daugherty says she “knew it was the school for me.”

Students like Daugherty benefit greatly from the community college experience  offered at Chatfield, said John Tafaro, president. The school’s mission is to teach life skills, via a liberal arts education, to individuals who might best succeed through its supportive, small college atmosphere.

Sponsored by the Ursuline Sisters of Brown County, Chatfield was founded in 1971 and operates a second campus near Findlay Market in Cincinnati’s Over-the-Rhine. The school offers associate degrees in liberal arts with concentrations in business, human services and early childhood education.

“We often find that the people who come here lack confidence, but with our small class sizes and individual attention, we give them confidence,” Tafaro said, noting that the average class size at Chatfield is five or six students, and up to 15 for a computer course. “Compared to other institutions, that’s much, much smaller. We don’t claim to be for everyone, and some folks will be better served at other colleges, but if peoples’ life circumstances have delayed their education, or they think college isn’t possible for them, we show them that is it possible.”

Tafaro made note of the Obama administration’s proposal to provide $12 billion to community colleges as evidence of the importance of two-year institutions. Nationwide, he pointed out, community colleges represent 40 percent of college students, and studies show that students who earn their associate degrees earn an average of $8,500 a year more than those with only a high school diploma.

“An associate degree is in reach for people,” Tafaro said. “It’s two years and a first step that will improve their job possibilities and their lives.”
Most community college students are employed adults who attend classes part-time and appreciate the flexibility Chatfield offers, said Tafaro. The school provides classes at four different times — morning, afternoon, late afternoon and early evening.

“We understand our students work and may only be able to take one class at time,” Tafaro said. “We have career-centered advising through which students work with their advisor to map out a plan for their coursework over the next two or three years.”

He acknowledged that the cost of pursuing a higher education is challenging, especially in the current economy, and said Chatfield is “committed to keeping costs under control, keeping tuition affordable and ensuring financial aid is available.”

The college recently introduced two initiatives to help ease the economic burden for students. A service scholarship enables students to earn up to $400 by working in the admissions office, giving campus tours or helping maintain building and grounds, and the Out for Three program gives anyone out of school for three years or currently out of work the chance to take one course for free.

Among the recent developments at Chatfield aimed at enhancing the students’ experiences are the new Mongan Academic Building, completed last year, the revival of the school’s Alumni Association and plans for a theatre class beginning in the spring that Tafaro hopes will be the centerpiece for a production to take place during a 2010 homecoming celebration. Tafaro, who assumed his position as the institution’s fifth president in May, will be inaugurated during a ceremony on Oct. 10.

He describes Chatfield as “a place where you can’t help but smile. Our students are here because they want to be. Many have overcome obstacles to pursue their dreams and our staff and faculty are so committed to making that happen. We’re a little school, but big dreams come true at Chatfield.” Many Chatfield students are the first in their family to have access to higher education.

Chatfield is a member of the Greater Cincinnati Consortium of Colleges and Universities and is accredited by the Higher Learning Commission of Chicago. Credits earned at Chatfield are accepted at four-year colleges and many students choose to continue their educations at other area schools.

Daugherty, who graduated from Chatfield in May with an associate degree in liberal arts, is now pursuing a bachelor’s degree in organizational leadership at Northern Kentucky University.

“Chatfield was just what I needed for my first two years of college,” she said. “A bigger school would have left me flailing in the water, but Chatfield held my hand until I was ready to let go.”

Shanelle Carter, a recent graduate from the Findlay Market Campus, had an equally positive experience in Chatfield. She enrolled at the college seeking a career change after working for 10 years at Kroger.

“A two-year college seemed more doable,” explained Carter, who earned an associate degree in liberal arts. “After being out of school for so long, I didn’t think I was ready for a four-year college yet.”

”It was hard at first, but the teachers really kept me going,” she said. “At Chatfield, I realized I really am a good student. I grew a lot there and am a better, stronger person now. I accomplished a dream that I gave up on a long time ago.

Carter said she plans to pursue a bachelor’s degree, possibly in social work, in the future.

Registration is currently underway at Chatfield and will continue through the first day of class on Aug. 24. For more information or to register, call the St. Martin campus at 513-875-3344, or the Findlay Market campus at 513-921-9856.

The Catholic Moment: Eucharist and the Greatest Commandment 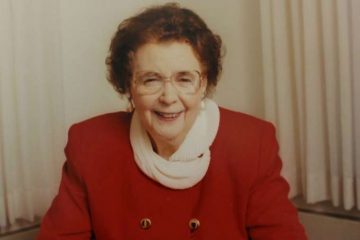