Church is a mother without borders, welcoming migrants, pope says

VATICAN CITY — The Catholic Church “is a mother without limits and without borders,” welcoming and assisting all of God’s children, particularly those fleeing violence, oppression and poverty, Pope Francis said.

Addressing the 300 participants in the Vatican-sponsored World Congress on the Pastoral Care of Migrants, the pope said the church’s concern for the whole person motivates its material aid to immigrants and refugees, its offer of legal assistance and, especially, its pastoral outreach and offer of the sacraments.

In the Christian community, he said, “no one is a stranger and, therefore, everyone is worthy of being welcomed and supported.”

For those who have been uprooted from their homelands and face the daunting task of integration into a new society, the pope said, the church is called to be “a source of hope: She develops programs of education and orientation; she raises her voice in defense of migrants’ rights; she offers assistance, including material assistance, to everyone, without exception, so that all may be treated as children of God.”

Migration, he said, benefits migrants and the receiving country, and it stimulates the human conscience by being “a reminder of the need to eradicate inequality, injustice and abuses.”

Acknowledging the “painful and even tragic” travels of migrants toward a new land, Pope Francis said the desperate still see migration as a “journey of hope.”

“Especially in underdeveloped areas of the world, where the lack of work prevents individuals and their families from achieving a dignified life, there is a strong drive to seek a better future wherever that may be, even at the risk of disappointment and failure,” he said. “This is caused in great part by the economic crisis which, to different degrees, is affecting every country in the world.”

Pope Francis said people must recognize the advantages of migration: Host countries get new workers to meet production needs, “not infrequently filling gaps created by the demographic crisis.” The sending country experiences an easing of unemployment and benefit from the economic stimulation of remittances sent home to help their families.

At the same time, he said, the sending countries can suffer a “brain drain” of their best and brightest going abroad, children left at home suffer from not having both parents at home and marriages risk fracturing due to prolonged absences. The receiving countries can experience difficulties with migrants settling in neighborhoods “already problematic,” as well as with integrating the newcomers and helping them learn to respect local social and cultural conventions.

The church’s pastoral workers, the pope said, “play an important role through initiating dialogue, welcoming and assisting with legal issues, mediating with the local population.”

Dayton creches to be displayed at Cathedral of St. Peter in Chains

Church is a mother without borders, welcoming migrants, pope says 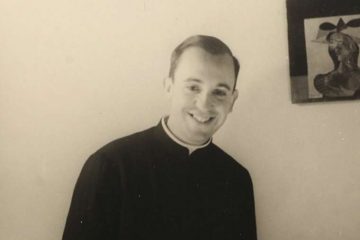