VATICAN CITY (CNS) — While the Catholic Church tries to help people whose marriages have failed remain or return to an active Catholic life, it also must express its admiration for people who remain faithful to their marriage vows despite great difficulty, Pope Francis said.

“Witnesses to marital fidelity must be encouraged and held up as examples to imitate,” Pope Francis said March 12 in a meeting with participants in a course sponsored by the Roman Rota, a Vatican court that deals mainly with marriage cases.

The course focused on documents issued by Pope Francis in September to simplify procedures for determining whether or not a marriage was valid, doing away with the automatic appeal of tribunal decisions, establishing an abbreviated process when the nullity is clear and ordering a reduction in the cost to couples.

The pope told the students and Rota officials that the consultations leading up to the 2014 and 2015 synods of bishops on the family made it clear there was strong support “for making the procedures for the declaration of matrimonial nullity more agile and effective.”

“Many faithful, in fact, suffer because their marriages have ended and they often are burdened by doubts about whether or not it was valid,” the pope said. “But in many cases these faithful encountered difficulty in accessing the church’s juridical structures and felt the need for the procedures to be simplified.”

Charity and mercy, and not just experience, led to the decision to reform the process for determining the validity of a marriage, the pope said.

Pope Francis urged tribunal staff members around the world to accept and study the new procedures and the motives behind making them “in order to render a service of justice and charity to families.”

“For many people, who have lived through an unhappy marriage experience, the verification of whether or not it was valid represents an important possibility, and these people must be helped to follow this path as easily as possible,” he said.

“The church is mother and wants to show everyone the face of God, who is faithful to his love, merciful and always able to give strength and hope,” the pope said.

Repeating what he has said about what will be in his postsynodal apostolic exhortation, Pope Francis told the group that what the church is most interested in for the divorced and civilly remarried is that they participate in the life of a parish community.

“But while we take care of the wounds of those who request a verification of the truth about their failed marriage,” he said, “we look with admiration to those who, even in difficult situations, remain faithful to the sacramental bond.”

“Many women and men,” the pope said, “endure heavy, huge things so that they do not destroy their family, being faithful in health and in sickness, in difficulties and when life is tranquil. That is fidelity and they are good!”

Thanking those who work in the church’s marriage tribunals, Pope Francis asked them to fulfill their responsibilities “not as a profession or, worse, a power, but as a service to souls, especially those most injured.” 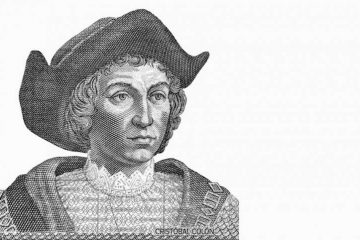