Courts give some last-minute relief from HHS contraceptive mandate 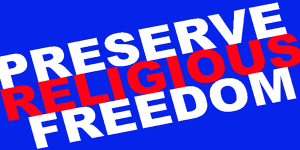 WEST PALM BEACH, Fla. — In the midst of their New Year’s Eve celebration with low-income elderly residents, the Baltimore-based Little Sisters of the Poor learned that the Supreme Court issued an injunction temporarily protecting them from the Affordable Care Act‘s contraceptive mandate.

The order by Justice Sonia Sotomayor, issued within hours of the mandate taking effect at midnight Jan. 1, applies to the Colorado-based Little Sisters of the Poor and their co-plaintiffs — Christian Brothers Services and Christian Brothers Employee Benefits Trust — in a lawsuit against the federal government.

The same evening, a three-judge panel of the U.S. Court of Appeals for the District of Columbia Circuit issued an emergency stay for Catholic organizations in a lawsuit filed by the Archdiocese of Washington, including The Catholic University of America, Archbishop Carroll High School in Washington; Don Bosco Cristo Rey High School in Takoma Park, Md.; and Mary of Nazareth Roman Catholic Elementary School in Darnestown, Md.

The 2-1 ruling in the Circuit Court included a comment from Judge David S. Tatel explaining why he voted to deny the injunction.

“Because I believe that appellants are unlikely to prevail on their claim that the challenged provision imposes a ‘substantial burden’ under the Religious Freedom Restoration Act, I would deny their application for an injunction pending appeal,” Tatel said, according to the Associated Press.

The Archdiocese of Washington issued a statement saying the stay vindicates “the pledge of the U.S. Catholic bishops to stand in resolute defense of the first and most sacred freedom — religious liberty.”

Sotomayor’s order came in her capacity as the justice assigned to hear emergency applications from the 10th U.S. Circuit Court of Appeals, which includes Denver. Her two-sentence order also instructed the federal government to file its response by 10 a.m. Jan. 3.

The injunction means the Little Sisters and the Christian Brothers will, for now, not be required to provide contraceptives, sterilizations and drugs and devices that cause abortions as part of their employee health insurance coverage.

Sotomayor’s order came as faith-affiliated groups around the nation rushed to federal courts to halt the provision. Several efforts were successful in obtaining temporary injunctions in the last days of 2013.

Also Dec. 31, the 6th U.S. Circuit Court of Appeals in Cincinnati reversed a decision by the Nashville District Court. The HHS mandate now may not be enforced while a lawsuit by the Diocese of Nashville and others works its way through the legal process. The plaintiffs there include Catholic Charities of Tennessee; Camp Marymount; Mary, Queen of Angels; St. Mary Villa; the Dominican Sisters of St. Cecilia; and Aquinas College.

Sister Constance Veit, communications director for the Little Sisters of the Poor, told Catholic News Service in a phone interview that the call from their attorney about Sotomayor’s order came just as the sisters were finishing a party with residents at their Baltimore base. The sisters operate 29 homes for the elderly around the country.

“It was surprising that we heard anything because we knew Justice Sotomayor was in New York City for the celebration, and we are grateful for the move in the right direction,” she told CNS. Sotomayor led the countdown to midnight as the crystal ball was dropped in Times Square.

In general, employers who provide health insurance to workers are required as of Jan. 1 to comply with the mandate that those policies include various types of contraceptives, including sterilization and abortifacients. The penalty for noncompliance is potentially thousands of dollars daily in fines. Although the Obama administration has made some allowances for exemptions for religious institutions, when final rules were issued in June, some Catholic employers said the exception still did not address their moral objections.

The sisters said they hope and pray for a favorable outcome so they can continue to serve the elderly of all faiths.

“If we were subject to the fines, it would impact all our homes around the country,” Sister Veit said. “We have 13,000 residents.”

Prior to the order, preliminary injunctions had been awarded in 18 of 20 similar cases, according the Washington-based Becket Fund, which represents many organizations suing over the mandate and maintains data about the cases on its website.

Mark Rienzi, senior counsel for the Becket Fund, told CNS it makes no sense for the Little Sisters to be fined for noncompliance before the lawsuit can even be decided.

“For the most part, the religious nonprofits are winning their cases, and the courts have said the governments are wrong here and that people have a right to exercise their religion,” Rienzi told CNS shortly before Sotomayor’s order. “Some, unfortunately, didn’t get preliminary injunctions and therefore face an imminent choice of either violating their religions or facing enormous fines.”

There are 91 lawsuits challenging the HHS mandate, according to the Becket Fund. Rienzi added that until the Supreme Court provides a clear answer to the legal challenges there will be a patchwork of court decisions in which some groups win and others face massive fines that may force some to close.

In Nashville, Rick Musacchio, diocesan director of communications, told CNS that its lawsuit is “not about access to contraception, it is about making Catholic entities facilitate and provide those services even though we find them morally objectionable.”

“We think the government mandates unfairly and unconstitutionally drive a wedge between the Catholic faith and the works we do through these affiliated entities,” he said, explaining that the mandate penalizes organizations for refusing to participate in providing morally objectionable products and services that are readily available anywhere.

“We still know that there is a long road ahead, but we are delighted about this outcome,” said Sister Sister Mary Sarah Galbraith, president of Aquinas College in Nashville.

The Dec. 27 order by Judge Jon DeGuilio focused only on the request for an injunction against enforcement while the lawsuit proceeds.

“It is small first step, a touchdown in the first quarter, but there is still a lot of game to be played; this is not over by any means,” Sean McBride, diocesan spokesman, told CNS.

“Clearly this is an affirmation for religious freedoms, of the First Amendment, and an opportunity for us to operate on a daily basis without violating our deeply held religious beliefs,” McBride added.

The Supreme Court will hear, probably in March, two cases by for-profit employers that are challenging the contraceptive mandate. Challenges by entities similar to the religious orders are working their way to the high court.

More than 6.6 million attended Vatican events with Pope Francis in 2013

‘An assault on those who are pro-life’: Legal group responds to DOJ dropping conscience complaint

Courts give some last-minute relief from HHS contraceptive mandate

Families of Parishes: Journeying Together