CNA Staff, May 5, 2020 / 04:14 pm MT (CNA).- With pornographic website traffic spiking while countries remain on lockdown, the bishops of the United States are urging the Justice Department to protect victims of human trafficking and exploitation by enforcing obscenity laws and prosecuting producers of violent pornography.

“We write to you today to urge you to confront the ongoing harms wrought by the pornography industry and to protect its victims,” the U.S. bishops wrote in an April 30 letter to the Department of Justice (DOJ).

“This should include enforcement of obscenity laws, investigation of pornography producers and website owners for criminality, national leadership in encouraging states and localities to develop rigorous policies against the industry and in the service of survivors, and more.”

The bishops acknowledged that many people are suffering through lockdowns and isolation alone, and echoed Pope Francis’ call to recognize the importance of “belonging as brothers and sisters” in the midst of crisis.

“Pornography is the antithesis of this. Rather than remembering and loving our fellow humans as brothers and sisters, it objectifies them – often directly exploiting them – and diminishes the health of users’ relationships with others,” the bishops wrote, noting that at least 15 states have declared pornography a public health crisis.

In December 2019, four members of Congress called on Attorney General William Barr to bring back the Obscenity Prosecution Task Force in the DOJ’s Criminal Justice Division.

The task force, founded in 2005 under the George W. Bush administration, was responsible for investigating and prosecuting producers of hard core pornography under obscenity laws. Eric Holder, attorney general under President Barack Obama, dissolved the task force in 2011.

As the demand for extreme pornography— much of which includes violence— increases, lax or non-enforcement of obscenity laws “may provide a gateway for this demand to metastasize, increasing the incidents of trafficking, child pornography, other abuse, and broader unjust conditions,” the bishops wrote.

Many of the participants in pornographic videos— even if they have legally consented— “have their consent…compromised by desperate circumstances,” while many have not consented at all, the bishops noted.

“As pastors, we frequently see the pain that results from a pornography habit,” the bishops concluded.

“Marriages that are injured or even broken by a spouse’s pornography use, which some divorce lawyers report as a factor in over half of their cases, have a ripple effect on children and society. Strong families are necessary for strong, safe communities.” 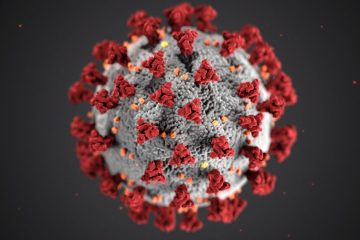