Washington, D.C. Newsroom, May 5, 2020 / 03:00 pm MT (CNA).- At least seven Felician sisters from a single community in Michigan died due to coronavirus in April. As the Church in the United States continues to count the human cost of the pandemic, the body of the first Catholic priest in the United States to die from the virus is being repatriated to his native Mexico for burial.

During the month of April, 11 Felician Sisters of Livonia, Michigan died, including two who died on Easter Sunday. A spokesperson from the order told CNA that seven of the deceased sisters had COVID-19, and tests are pending for several others.

According to their Facebook page, one sister, Sr. Mary Patricia Pyszynski, 93, had been in hospice for the past year and died on April 17 for reasons unrelated to the virus.

According to Bridge Magazine, a Michigan publication, Wawrzyniak’s nephew was contacted two days before her death and informed she was very sick. Two sisters on her floor of the house were confirmed to have COVID-19.

In the entire North American Province, 14 Felicians total have died since shelter-in-place orders went into effect. Not all of these deaths have been related to coronavirus, and the order was unable to confirm exact numbers to CNA. There are approximately 60 convents in the province, and as of April 20, there had been 35 people, including employees, who had been diagnosed with the virus.

The Felicians, who are formally known as the Congregation of Sisters of St. Felix and Cantalice Third Order Regular of St. Francis of Assisi (CSSF), have been in Livonia for nearly a century. The order founded Madonna University in 1937.

Michigan has been hit particularly hard by the coronavirus outbreak, and has the seventh-highest number of cases in the nation.

In New York, the body of the first priest in the U.S. to die from the virus is being returned to his home country to be buried.

Fr. Jorge Ortiz-Garay, 49, died due to complications from coronavirus on March 27, 2020. At the time of his death, Ortiz-Garay was serving as the pastor of St. Brigid’s Roman Catholic Church in Brooklyn.

Ordained a priest of the Archdiocese of Newark in 2004 and affiliated with the Neocatechumenal Way, he had spent the last 10 years working in various parishes in the Diocese of Brooklyn.

Ortiz-Garay’s remains were initially scheduled to arrive in Mexico City on Monday afternoon, but due to various issues with international travel related to coronavirus, are now set to arrive on Wednesday. His casket left the Scotto Funeral Home in Brooklyn on Sunday, May 3.

“Today is Good Shepherd Sunday, and we sent home a good shepherd to Mexico, a son of Our Lady of Gudalupe,” said Msgr. Kieran Harrington, Vicar for Communications of the Diocese of Brooklyn. Harrington gave the final blessing over Ortiz-Garay’s casket as it left the funeral home en route to the airport.

The Diocese of Brooklyn said that transporting Ortiz-Garay back to Mexico amid the pandemic was a challenging task, extended thanks to Sen. Charles Schumer (D-NY), New York Gov. Andrew Cuomo (D), New York City Mayor Bill de Blasio’s administration, the New York Police Department, and the Port Authority of New York and New Jersey for helping make it possible.

Harrington concluded the blessing praying for the repose of Ortiz-Garya’s soul, and “for the consolation of his family, friends, and all those to whom he ministered to in the Diocese of Brooklyn. May he rest in the peace of Christ, the Risen Lord.”

Due to the suspension of publicly celebrated liturgies, a memorial Mass will be celebrated at the Diocese of Brooklyn when it is once again safe to do so. 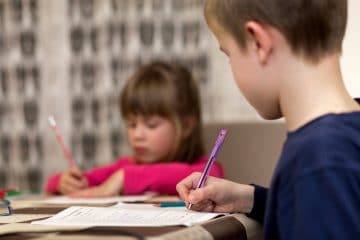