Washington, D.C. Newsroom, Nov 18, 2020 / 04:01 pm MT (CNA).- As some states and cities reinstate restrictions meant to stop the spread of the coronavirus, a survey has found that Americans believe places of worship should not be subject to harsher regulations than are businesses.

A majority of respondents in their survey said that government and public health officials should treat houses of worship such as synagogues, mosques, and churches with at least the same priority for re-opening as businesses such as malls, restaurants, and retail stores.

More than 4 out of 5 respondents who said faith was important also said religious organizations should play a role in advocating for racial equality and justice, but less than half of that group said their faith community is doing enough to respond to those issues.

The study also found that amid a turbulent year including the coronavirus pandemic, national protests about racial inequality after the death of George Floyd in police custody, and a presidential election, Americans’ views on religious liberty have remained consistent through these challenges.

“Americans view faith as an essential, stabilizing force in the midst of a pandemic, and they want their elected officials to do a better job of protecting religious freedom,” Luke Goodrich, senior counsel at Becket and co-editor of the index, said in a statement. “We will all be better off if our leaders and government officials respect the foundational value of religious freedom.”

Caleb Lyman, director of research and analytics at Becket and co-editor of the index, said in a statement, “When Americans understand religion as a fundamental part of an individual’s identity, it is no surprise that that they support strong religious freedom protections in work and public life.”

“Respondents recognized that religion and people of faith can make unique contributions to the challenges faced this year,” Lyman added.

In a virtual panel marking the release of the report, Amrith Kaur, J.D., legal director at the Sikh Coalition, said the challenges of this year have brought to the forefront “the intertwining of faith and identity for many religious groups.”

Kaur said the closure of houses of worship were not the only challenge to religious liberty that arose amid the pandemic, adding that her organization worked with Sikh healthcare workers who felt pressure to shave their facial hair to accommodate N95 masks, even though unshorn hair is one of the five articles of their religious belief.

“It was a real teaching lesson, for us, for our clients, for their employers, for people in this space, and I think if this pandemic has taught the Sikh community anything, it’s that you should always be advocating for yourself, and I think people of faith really need to take that message home all the time.” 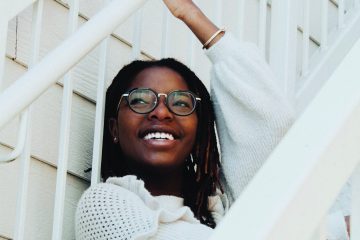