Denver Newsroom, Apr 25, 2020 / 04:00 am MT (CNA).- On May 4, the parish community of Holy Cross Catholic Church in Madill, Oklahoma would have celebrated the first anniversary of their new church building.

But on April 22, an EF2 tornado pummeled the small-town church, blowing out most of the stained glass windows and tearing off half the roof. It completely destroyed the parish rectory.

One thing spared though, was a stained-glass window of an Oklahoma native son, Blessed Stanley Rother, a priest of Oklahoma City who was beatified in 2017.

Holy Cross Pastor Fr. Oby Zunmas told CNA that around 4:30 p.m. Wednesday he returned to his rectory after delivering a rosary to an elderly patient at the hospital. As he arrived, he heard the tornado sirens and started getting weather alerts on his phone.

Zunmas went to turn on his T.V. to get a better idea of the path of the storm, but it wasn’t working.

“As I was going towards the kitchen to see if I have a spare battery or something, then I looked up from my back door and windows in the back and saw how the trees were moving violently. So I knew that that was not normal,” he said.

Zunmas said he immediately ran to the safest room of his house – an interior laundry room. Once inside, he heard a loud bang and the sound of the glass of his windows shattering. When everything was quiet, he came out.

“The first thing I noticed – there was no roof,” he said. The house’s back wall had collapsed on his breakfast table; his three-car garage was compressed, and leaning on his bedroom closet.

The church, he said, looked like someone “took something and scratched it all off.” Most of the windows were blown out; part of the roof was gone. The priest said he’s still not sure if the $4 million new building sustained any structural damage.

But that wasn’t what went through his mind as he first emerged from his laundry room.

“My first prayer was a prayer of thanksgiving. I thanked God that I was alive,” he said. Since hearing of the two deaths from the storm, Zunmas added, he has also been praying for their souls.

After the storm, Zunmas said, he received calls and texts from concerned parishioners who saw the tornado heading for the church.

Among them were Paul and Kathie Westerman, parishioners of Holy Cross for about eight years. The Westermans live about 15 miles south of town, and they worried as they saw the tornado form and head toward the church. They called Father Zunmas immediately after it stopped.

“We called to see how he was, and his first words were, ‘I’m alive,’” Paul told CNA.

The Westermans said they could not drive to the church that night – all surrounding roads were blocked due to downed power lines. But they came two days in a row to help out and to support their pastor.

“We just ran over and gave him a big hug and said, ‘Thank God, he’s alive,’” Kathie said.

A hug “in the time of coronavirus!” Fr. Zumnas added.

On Friday, the Westermans and other clean-up crews were helping to clean out the debris, salvage furniture from the rectory, and cover the part of the church where the roof was torn off to prevent it from getting wet in the next storm.

The Westermans said they were “very heartbroken” when they saw the damage to their church, but there was one thing that gave them hope.

Zunmas said he has felt supported by the parish and by the Catholic community, including Archbishop Paul Coakley of Oklahoma City, who drove to the parish the day after the tornado.

“People have been very, very supportive,” Zunmas said. “My bishop came down yesterday and then my mentor, my first pastor, Father Tom Wolf. And so many people from the community, our parishioners and members and pastors, everybody came by to help out.”

“I toured the tornado destruction in Madill today with Fr. Oby Zunmas whose rectory was destroyed while he took shelter in a safe room. Holy Cross Catholic Church sustained damage, but is repairable. Please keep them in your prayers,” Coakley said Thursday on Twitter.

Zunmas said he is grateful to God he is alive and the damage wasn’t worse, and that he has been encouraged by the goodness of people at this time.

“We do have generous people who are willing to help. Maybe sometimes they don’t think about it, but when something happens, they want to come together. They want to make sure you’re okay,” Zunmas said.

On a more practical note, the priest added, if anyone is building a home in tornado alley, “they need to consider having a safe place. It might be your closet. It might be your bathroom. It might be your safe room, which my safe room is my laundry room…I recommend that people think about not just a pretty home, but a home that is safe.” 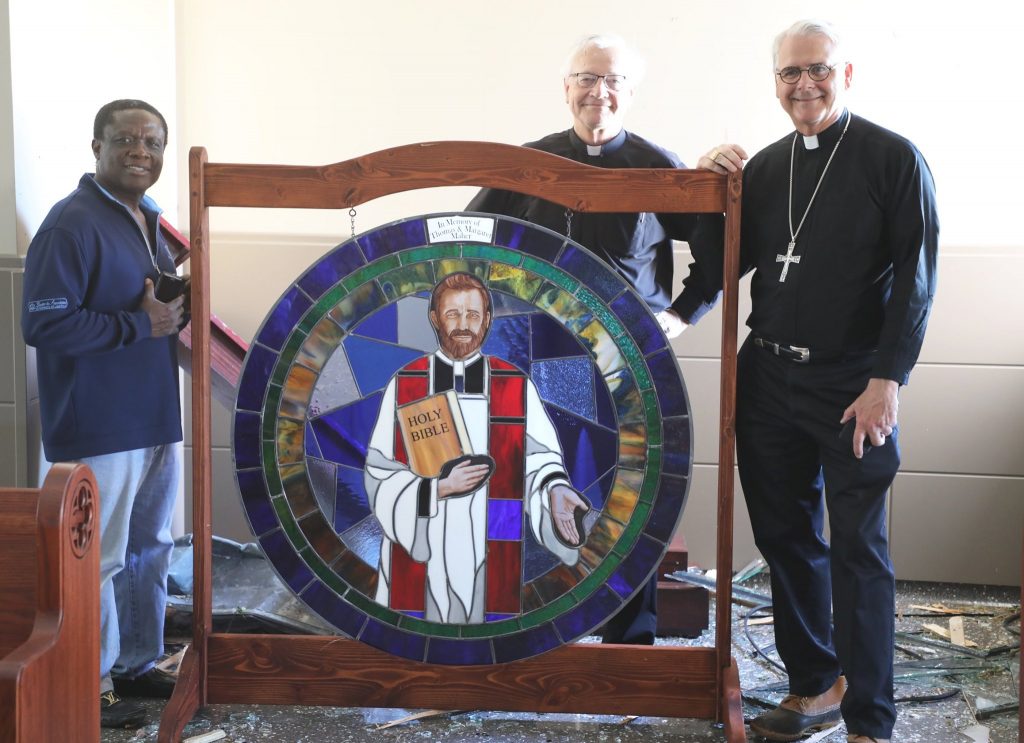 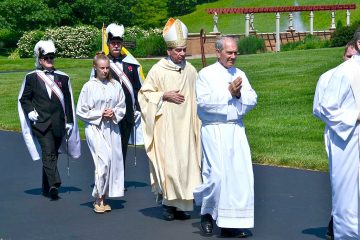