New York Gov. Andrew Cuomo (D), a Catholic, announced on Tuesday he will resign his office effective Aug. 24 amid allegations of repeated sexual harassment. He leaves under a cloud of multiple scandals, with a legacy of clashing with the state’s bishops on issues including abortion, the redefinition of marriage, and pandemic restrictions on churches.

Beginning in December 2020, Cuomo – serving in his third term as governor – was repeatedly accused of sexual harassment by current and former state employees.

An investigation by state attorney general Letitia James found that Cuomo engaged “in unwelcome and nonconsensual touching,” and made “numerous offensive comments of a suggestive and sexual nature that created a hostile work environment for women.”

His victims included not only his staff, but also other state employees, the attorney general found in an August 2021 report. Cuomo’s office featured a culture “filled with fear and intimidation” that normalized his harassment, the report said.

On Tuesday, Cuomo said the report’s conclusions that he sexually harassed 11 women were “false,” during an Aug. 10 press briefing where he announced his resignation.

The executive director of the state’s Catholic conference, Dennis Poust, on Tuesday offered prayers for the women who testified to their alleged harassment by Cuomo.

“This was not easy for any of them, and their example will help other women to feel empowered to speak out and send the strong message that sexual harassment must never be tolerated, wherever and whenever it occurs,” he said. Poust also prayed for the state’s incoming governor Kathy Hochul, as well as for Cuomo and his family and staff.

“I keep on thinking this afternoon about ‘what might have been,’” Camosy told CNA. He said that Cuomo’s words at the beginning of the coronavirus pandemic in 2020 revealed a “concept of human dignity” which “made him sound like a pro-life hero.”

However, “we now know that Cuomo had bought into throwaway culture at a much more profound level,” Camosy said.

One of Cuomo’s lasting legacies in the Empire State will be an abortion law that he signed on Jan. 22, 2019, the anniversary of the Roe v. Wade decision, eliminating restrictions on abortion until the moment of birth in cases deemed necessary for the mother’s “life and health.”

At the time the bill was signed, one law professor told CNA that its allowance of abortion for the wellbeing of the mother is “notoriously vague,” and that the law is “as close to an abortion-on-demand statute that can be found in the United States today.”

To mark the signing of the Reproductive Health Act, Cuomo ordered New York landmarks to be lit up in pink lights, the official color of Planned Parenthood. The act codified abortion into law, ensuring it would remain legal in New York if Roe v. Wade were to be overturned by the Supreme Court.

Cuomo cited his Catholic faith in signing the bill, saying that “most Americans, including most Catholics, are pro-choice.” He added that his “oath of office is to the Constitutions of the United States and of the State of New York – not to the Catholic Church.”

His father, Mario Cuomo, was three-time governor of New York and was recognized as one of the first politicians to articulate a justification for support of legal abortion as a Catholic. In a landmark 1984 speech at the University of Notre Dame, Mario Cuomo argued that “Approval or rejection of legal restrictions on abortion should not be the exclusive litmus test of Catholic loyalty.”

He currently faces questions over his handling of the coronavirus pandemic – particularly his actions forcing nursing homes to accept active COVID-19 patients.

As the virus spread throughout the United States in March 2020, New York was one of several states to mandate that nursing homes could not reject patients discharged from hospitals with confirmed or suspected cases of COVID-19, and who were in stable condition.

The policies had the stated purpose of conserving hospital beds for patients with more severe cases of COVID-19, but the death toll at state nursing homes was high, and Cuomo’s policy was blamed in part for it. New York reversed this mandate in May 2020, allowing nursing homes to refuse patients who had contracted the virus.

Attorney General James later initiated an investigation of the state’s handling of nursing homes during the pandemic, and found that Cuomo’s March 2020 order “may have put residents at increased risk of harm in some facilities and may have obscured the data available to assess that risk.”

In addition, the state’s health department may have underreported COVID-19 nursing home deaths by 50%, the report said.

Janice Dean, a Fox News meteorologist whose husband lost both his parents at New York elder care facilities during the pandemic, spoke out about Cuomo’s policies with nursing homes.

“COVID-positive patients should have never been put into nursing homes. We had other options,” Dean said in an interview with EWTN Pro-Life Weekly that aired on Oct. 22, 2020. “He knew in the very beginning that this would be a devastating situation and they were like sitting ducks.”

Cuomo also clashed with Catholic and Orthodox Jewish leaders over his pandemic restrictions on houses of worship.

New York churches had re-opened by the summer of 2020 with safety precautions, but with a rise of infections during the fall, Cuomo in October enacted attendance restrictions on houses of worship. He limited some churches to just 10 or 25 people at Masses in areas where the spread of the coronavirus was supposedly severe. Cuomo threatened to close non-compliant churches.

In response, Bishop Nicholas DiMarzio of Brooklyn called Cuomo’s order “outrageous,” arguing that churches had worked with the state to institute safety protocols and that the diocese had reported no significant outbreaks due to gatherings. The diocese sued, and eventually won its case against the state at the U.S. Supreme Court in November.

During his time as governor, Cuomo also opposed the state’s bishops in his support for legal marijuana and legalized commercial surrogacy.

Cuomo also pushed for the passage of 2019 legislation allowing for a flood of new civil sex abuse lawsuits against Catholic dioceses in the state.

Although the New York Catholic Conference opposed early versions of the bill, it dropped its opposition to the final version. The conference clarified that it had pushed for changes in the bill to include accountability for public institutions as well as private institutions like the Church.

At his press briefing on Tuesday, Cuomo claimed he had “never crossed the line with anyone,” and that he “didn’t realize the extent to which the line has been redrawn” with regard to harassment.

Camosy said that “tragically,” Cuomo’s behavior “is not abnormal in our current culture. His vision of the human person is the one that dominates right now.”

Cuomo’s resignation “is a victory for the light of truth and for a counter-culture of encounter and hospitality. But there is obviously much more work to be done,” Camosy said. 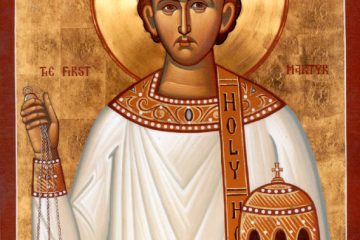