Dec. 14 is the liturgical memorial of Saint John of the Cross, a 16th century Carmelite priest best known for reforming his order together with Saint Teresa of Avila, and for writing the classic spiritual treatise “The Dark Night of the Soul.”

Honored as a Doctor of the Church since 1926, he is sometimes called the “Mystical Doctor,” as a tribute to the depth of his teaching on the soul’s union with God.

The youngest child of parents in the silk-weaving trade, John de Yepes was born during 1542 in Fontiveros near the Spanish city of Avila. His father Gonzalo died at a relatively young age, and his mother Catalina struggled to provide for the family. John found academic success from his early years, but failed in his effort to learn a trade as an apprentice. Instead he spent several years working in a hospital for the poor, and continuing his studies at a Jesuit college in the town of Medina del Campo.

After discerning a calling to monastic life, John entered the Carmlite Order in 1563. He had been practicing severe physical asceticism even before joining the Carmelites, and got permission to live according to their original rule of life – which stressed solitude, silence, poverty, work, and contemplative prayer. John received ordination as a priest in 1567 after studying in Salamanca, but considered transferring to the more austere Carthusian order rather than remaining with the Carmelites.

Before he could take such a step, however, he met the Carmelite nun later canonized as Saint Teresa of Avila. Born in 1515, Teresa had joined the order in 1535, regarding consecrated religious life as the most secure road to salvation. Since that time she had made remarkable spiritual progress, and during the 1560s she began a movement to return the Carmelites to the strict observance of their original way of life. She convinced John not to leave the order, but to work for its reform.

Changing his religious name from “John of St. Matthias” to “John of the Cross,” the priest began this work in November of 1568, accompanied by two other men of the order with whom he shared a small and austere house. For a time, John was in charge of the new recruits to the “Discalced Carmelites” – the name adopted by the reformed group, since they wore sandals rather than ordinary shoes as sign of poverty. He also spent five years as the confessor at a monastery in Avila led by St. Teresa.

Their reforming movement grew quickly, but also met with severe opposition that jeopardized its future during the 1570s. Early in December of 1577, during a dispute over John’s assignment within the order, opponents of the strict observance seized and imprisoned him in a tiny cell. His ordeal lasted nine months and included regular public floggings along with other harsh punishments. Yet it was during this very period that he composed the poetry that would serve as the basis for his spiritual writings.

John managed to escape from prison in August of 1578, after which he resumed the work of founding and directing Discalced Carmelite communities. Over the course of a decade he set out his spiritual teachings in works such as “The Ascent of Mount Carmel,” “The Spiritual Canticle” and “The Living Flame of Love” as well as “The Dark Night of the Soul.” But intrigue within the order eventually cost him his leadership position, and his last years were marked by illness along with further mistreatment.

St. John of the Cross died in the early hours of Dec. 14, 1591, nine years after St. Teresa of Avila’s death in October 1582. Suspicion, mistreatment, and humiliation had characterized much of his time in religious life, but these trials are understood as having brought him closer to God by breaking his dependence on the things of this world. Accordingly, his writings stress the need to love God above all things – being held back by nothing, and likewise holding nothing back.

Only near the end of his life had St. John’s monastic superior recognized his wisdom and holiness. Though his reputation had suffered unjustly for years, this situation reversed soon after his death. He was beatified in 1675, canonized in 1726, and named a Doctor of the Church in the 20th century by Pope Pius XI. In a letter marking the 400th anniversary of St. John’s death, Pope John Paul II – who had written a doctoral thesis on the saint’s writings – recommended the study of the Spanish mystic, whom he called a “master in the faith and witness to the living God.” 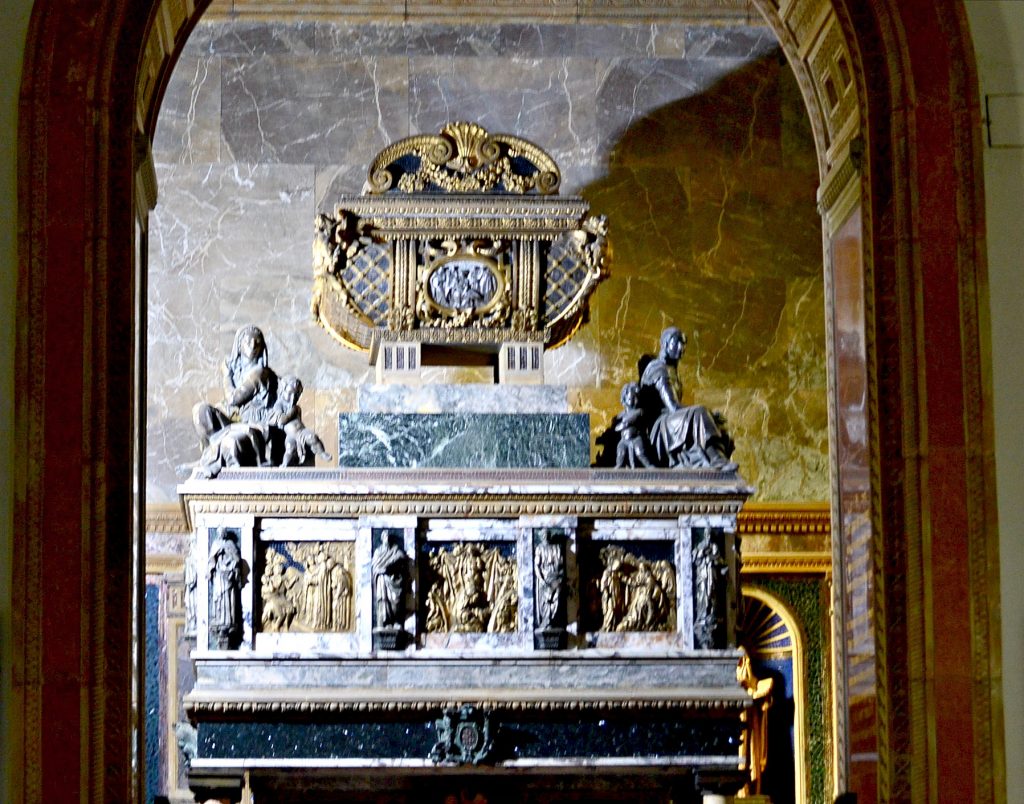