January 16, 2022
Home»Features»Did you know? Our Cathedral is now a Basilica
Features/Home Page

Did you know? Our Cathedral is now a Basilica

I. Did you know that basilicas date back to the Roman Empire? Yes, in ancient Rome they had basilicas. But, they were a bit diﬀerent from what we have today. Romans used basilicas as public gathering spaces for markets, civic administration and court. The basilica was the epicenter of a bustling city.

II. In 313 AD, Emperor Constantine made Christianity (along with other religions) legal in Rome with the Edict of Milan. Roman basilicas transformed into churches – places of worship. When building new churches, Christians began to adopt the basilica structure and ﬂoorplan. As a result, Roman basilica architecture still inﬂuences church architecture, even today.

III. Our cathedral, St. Peter in Chains, is now a minor basilica! Okay, hold on, is it still a cathedral? Yes, it is BOTH! It is now called the Cathedral Basilica of St. Peter in Chains. To clarify: a cathedral is any church that is the “seat” of a bishop. There is one cathedral per diocese. A basilica is any church named highly important by the pope based on its historical or cultural importance, its art or beauty, its signiﬁcance in the liturgical life of the Church or a variety of these attributes.

IV. While many cathedrals are named basilicas due to their importance, any church can be named a basilica as long as they meet certain basic requirements. The church must:
• have regular celebrations of the sacraments.
• be of suﬃcient size.
• be historically signiﬁcant.
• have an adequate number of priests to serve its needs.
• have a suﬃcient number of lay ministers.
• have an adequate sacred music schola.
Churches have to submit highly-detailed applications to the Vatican in order to claim the basilica designation. St. Peter in Chains’ application was 240 pages long!

VI. Every basilica has the right to keep special items such as the Ombrellino (a ceremonial umbrella) and the Tintinnabulum (a little bell), which are symbols of a basilica’s special connection to the papacy. Each basilica has its own unique coat of arms and is permitted to display the Papal Cross Keys— another special sign of unity with the papacy. A person can receive a special indulgence for devoutly visiting a basilica. 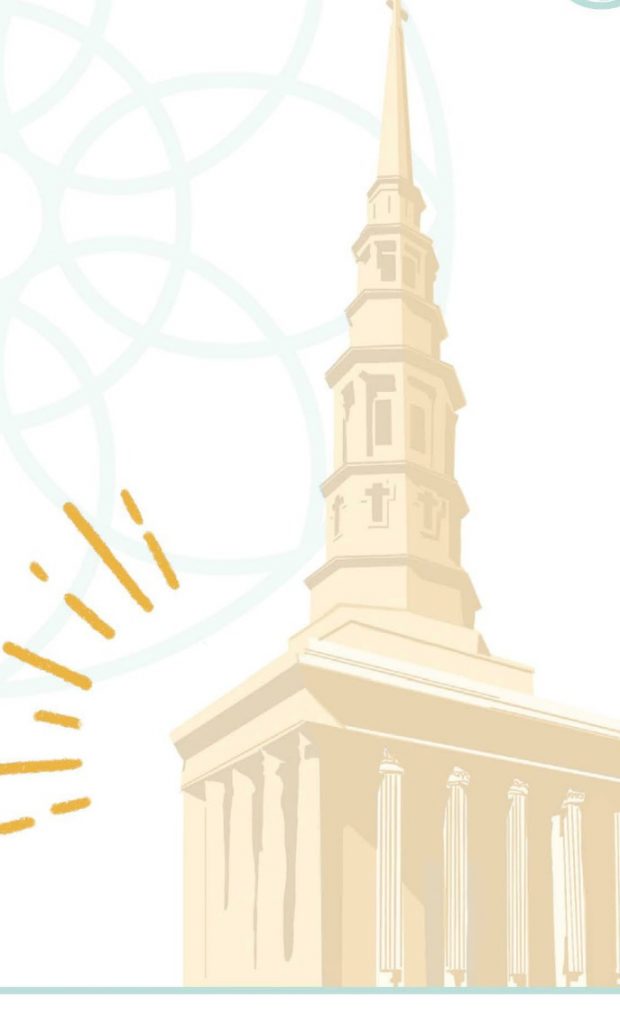 Did you know? Our Cathedral is now a Basilica