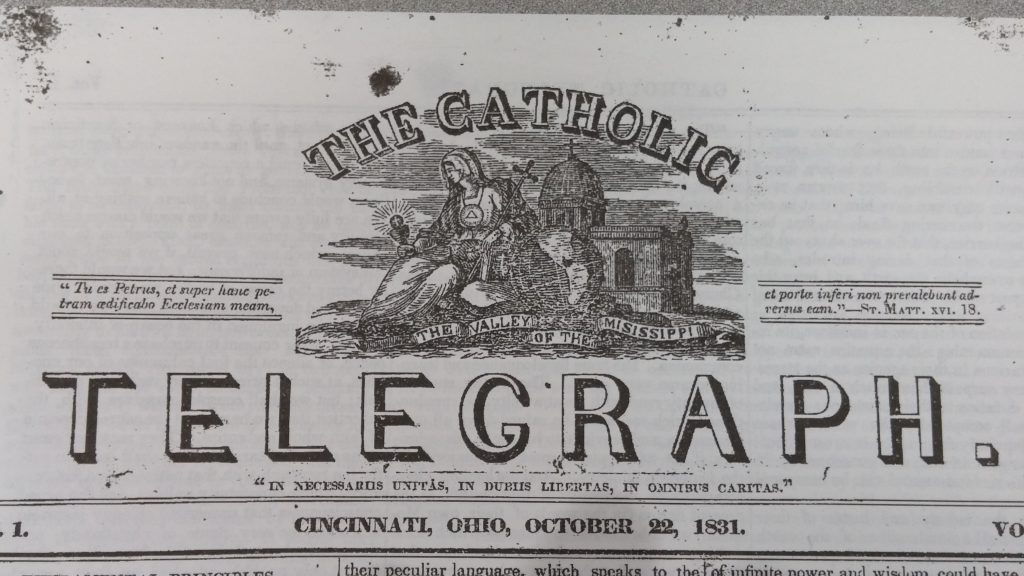 Committed to preserving Catholic news for both current researchers and future scholars, the Catholic Research Resources Alliance (CRRA) has undertaken a project to digitize the United States’ top Catholic newspapers of regional and national importance, including The Catholic Telegraph.

“Creating a Catholic news archive and digital aggregation for Catholic newspapers is something that scholars are very interested in,” said Jennifer Younger, executive director of CRRA.
“We mark the beginning (of the project) in 2011, when we brought together a newspaper committee: ‘If we’re going to digitize something, what would be most useful?’ Newspapers rose right to the top. Which newspapers? We had to figure out which newspapers existed, which ones were being held (by libraries), which ones weren’t being held,” she told Catholic News Service.
The digitized material will be made freely available through the CRRA-developed Catholic News Archive, http://thecatholicnewsarchive.org. By November, the Archive will include nearly 32,000 pages from local and national papers (Vatican II years).

Coordinating the project locally is Sarah Patterson, archivist for the Archdiocese of Cincinnati, with support from Xavier University, the University of Dayton and the Athenaeum of Ohio. As someone who does extensive research and is passionate about Catholic history, Patterson noted, “This is such an important project because the Telegraph is such an important newspaper, not just in terms of diocesan history, but from the standpoint of Catholic and general United States history.”

“My goal is always to make the information that people need as available as possible,” she added. “This will make information more readily available and increase the visibility of Catholic newspapers.”

Patterson said she has done a page count for each year the Telegraph has been in existence, from 1831 to 2013, and estimates it will cost $25,000 for every 10 years of news that is digitized. “We’re starting to look for funding sources and grants,” she said.

The time frame for the project largely depends on funding, Patterson said, and she hopes most of the Telegraph will be digitized prior to the archdiocese’s centennial celebration kicks off in 2021. The Digitization Department at the Public Library of Cincinnati & Hamilton County has been scanning the first several years the Telegraph from the 1830s. The first five years have been scanned and are available online at http://digital.cincinnatilibrary.org/digital/collection/p16998coll73. The library is also giving the archdiocese the digital files to be used on the Catholic News Archives.

C. Walker Gollar, a professor of church history at XU and a Catholic historian, spoke of the value of the project, saying, “I have spent hundreds of hours paging through original copies of The Catholic Telegraph kept at the Archdiocese of Cincinnati archives, as well as scrolled though the microfilm version available at the Athenaeum library. The Catholic Telegraph brings to life Archbishop John Purcell’s courageous stance against slavery, the church’s care for the immigrant, the rise of Catholic education, the struggle of different eras, the faith lives of Catholic women and men, and so much more. Digitizing the newspaper will help better tell the proud inspired American Catholic story.” 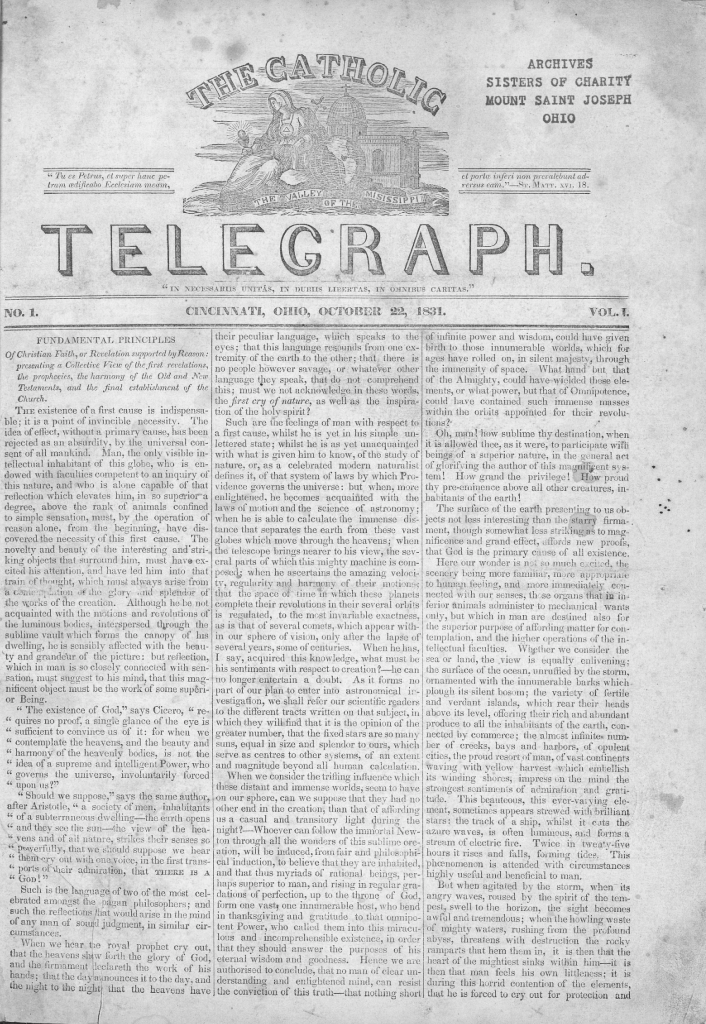 Pope tells archbishops not to be 'armchair Catholics,' but apostles