NEW YORK (CNS) — The once “big tent” of the Democratic Party “now seems a pup tent” as a party that Catholics once embraced has abandoned so many issues Catholics cherish, such as the sanctity of human life and religious education, said New York’s cardinal.

He pointed to the party favoring a radical abortion agenda over protecting the human rights of unborn children and all-out efforts to block education credits to help poor and low-income families access Catholic and other nonpublic schools.

“The Democrats Abandon Catholics” reads the headline on a March 23 op-ed by Cardinal Timothy M. Dolan in The Wall Street Journal.

“I’m a pastor, not a politician, and I’ve certainly had spats and disappointments with politicians from both of America’s leading parties,” he wrote. “But it saddens me, and weakens the democracy millions of Americans cherish, when the party that once embraced Catholics now slams the door on us.

“The dignity and sanctity of human life, the importance of Catholic schools, the defense of a baby’s civil rights” are “widely embraced by Catholics. This often led Catholics to become loyal Democrats. I remember my own grandmother whispering to me, ‘We Catholics don’t trust those Republicans.'”

“A cause of sadness to him,” Cardinal Dolan said, is that “the needs of poor and middle-class children in Catholic schools, and the right to life of the baby in the womb have largely been rejected by the party of our youth.”

A couple of recent events, the cardinal said, brought to mind “two towering people who had a tremendous effect on the Archdiocese of New York and the U.S. more broadly” — Archbishop John Hughes, the first archbishop of New York (1842-1864) and the funeral of “a great African-American woman, Dolores Grier,” a convert to Catholicism, who became vice chancellor of the archdiocese.

“Their witness is worth remembering, especially in this political moment,” he said.

For the cardinal, the March 17 feast day of St. Patrick — patron saint of St. Patrick’s Cathedral and the archdiocese — recalled Archbishop Hughes’ “dramatic reverence for the dignity of Irish immigrants.”

“Thousands arrived daily in New York — penniless, starving and sometimes ill — only to be met with hostility, bigotry and injustice.” The archbishop, himself an immigrant, “defended their dignity.”

“Because the schools at the time were hostile to these immigrants, he initiated Catholic schools” to give the children a good education “sensitive to their religion” and to prepare them to be “responsible, patriotic citizens.” The mission of today’s Catholic schools remains “unchanged.”

Grier, the first woman to be archdiocesan vice chancellor, was “passionate about civil rights, especially the right of babies in the womb.” She always noted “abortuaries,” he said,” were clustered in poor black and brown neighborhoods.”

The values espoused by these two prominent Catholic figures were — and still are — widely embraced by Catholics, Cardinal Dolan wrote.

He also noted that last year “an esteemed pro-life Democrat in Illinois, Rep. Dan Lipinski, effectively was blacklisted by his own party” when Democratic National Committee Chairman Tom Perez “insisted that pro-life candidates have no place in the modern Democratic Party.”

He said that in the state of New York in particular, these issues important to Catholics have been hit hard as “in recent years, some Democrats in the New York state Assembly repeatedly blocked education tax credit legislation, which would have helped middle-class and low-income families make the choice to select Catholic or other nonpublic schools for their children.”

“Opposing the bill reduces the ability of fine Catholic schools across the state to continue their mission of serving the poor, many of them immigrants,” Cardinal Dolan said.

In closing, Cardinal Dolan said that it was difficult to have to write about the Democratic Party abandoning Catholics: “To Archbishop Hughes, Dolores Grier and Grandma Dolan, I’m sorry to have to write this. But not as sad as you are to know it is true.” 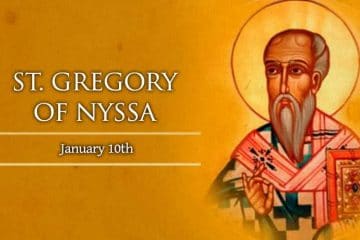