Junior high students greeted the soon-to-be citizens with excitement and curiosity. As immigrants walked through the doors of the gym of St. John the Baptist School in Dry Ridge, the Honorable Michael R. Barret, U.S. District Court Judge, prepared to declare the gym a courtroom.

Dec. 6 was a day of triumph and celebration, a conclusion to a long and challenging road for those seeking citizenship.

“One man came through the door beaming with joy because when he walked back out the door, he would finally be a [U.S.] citizen,” St. John’s eighth grader Sam Bollin wrote in her essay about the Naturalization Ceremony.

As hosts and witnesses to the Naturalization Ceremony, eighth grade students studied, observed and reflected on the ceremony, amazed at the length and difficulty of the process of becoming a U.S. citizen.

Other students marveled at the persistence and dedication of those wishing to become citizens. Brady Hilgeman commented on their fortitude: “It struck me that these people had to do so much to become American citizens, and they still had the courage to do it.”

This was the third Naturalization Ceremony held at St. John the Baptist. The opportunity to view these moments of actualization for their foreign neighbors is not only a chance for the students to understand the process of becoming a citizen, but also for them to witness diverse cultures and the abundance of God’s gifts for people across the world. They often find in themselves a newfound appreciation for their own citizenship.

“When you grow up in the United States your whole life, you tend to take advantage of the little things that you don’t really think about on a day-today basis,” Olivia Tewell admitted.

The students experienced new thoughts and viewpoints, while understanding a connectedness to the world outside of their city.

“The [Naturalization] Ceremony,” wrote Max Papin, “was a good way to notice that there isn’t just one way to be an American.”

These students observed the 67 individuals as they took the Oath of Allegiance, promising faithful commitment to the U.S., recognizing the pride residing within them and their families.

“I learned about how important this ceremony is to so many people,” Lauren Birkle wrote. “The ceremony finalizes their place in the country… the Naturalization Ceremony ends the journey for citizenship, but begins the journey of their new life as a U.S. citizen. The joy on the faces of some of the new citizens and their families showed just how important their citizenship is to them.”

St. John’s students and faculty congratulated the new citizens and thanked them for sharing this special moment with the younger generations. Their presence and determination has inspired the students to look deeper into themselves and the world around them, connecting them to each other and to brothers and sisters in Christ throughout the world – a connection that will last. 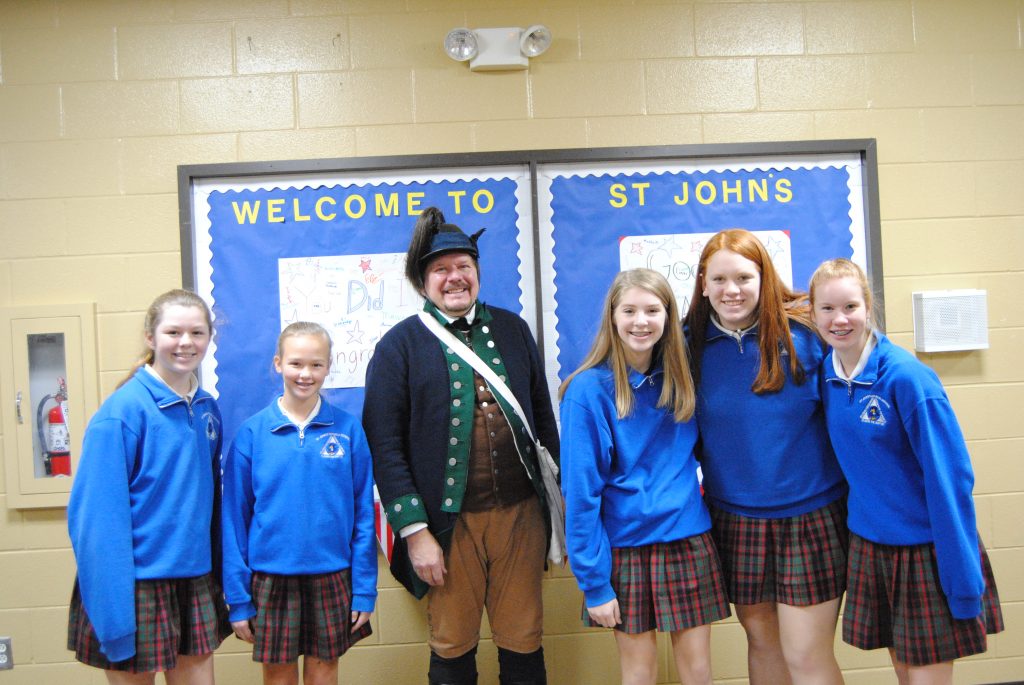