The artwork that lines the walls, windows and altars of our Catholic churches point the faithful to higher ideals. Throughout the decades, many notable artists in the Archdiocese of Cincinnati have contributed their talents to this endeavor, leaving their marks of faith for generations to enjoy. 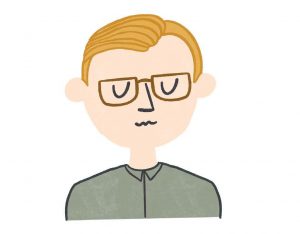 Gerhard Lamers (1871-1964)
• Born in Germany, Lamers showed artistic talent from a young age. He studied at the world-renowned Munich Art School in the 1890s.

• Lamers was a well-known artist in Germany and decorated more than 100 churches in Europe. At one point, he had 25 artists working with him. In America, he usually worked alone, although his son, Franz, would assist him at times.

• He first traveled to America in 1925 to paint murals in St. Joseph Cathedral in Wheeling, WV. He was later commissioned to paint the Church of the Most Pure Heart of Mary in Shelby, OH. This brought him fame in the Midwest.

• When considering moving to America, he was told, “You in Europe have history. We in the United States make history. Come and help us.”

• Lamers received commissions for many churches and buildings in the archdiocese including: St. William, Price Hill; All Saints, Kenwood; Annunciation, Clifton; St. Louis, Owensville. His final project, at age 90, was the sisters’ chapel at St. William Church.

• Lamers’ process included many stages. First he painted a sketch with great detail. For human figures, he photographed models and paint from the photographs. To sketch on the wall or ceiling, he drew the image on paper to scale. He used a wheel with small spokes to trace the image’s lines, making tiny holes. He then placed the paper against the wall and patted the outlines with a pouch containing charcoal dust. From that outline, he painted the image. 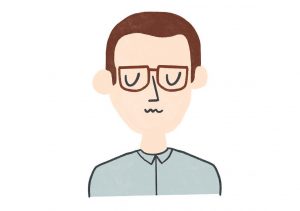 Edward Schulte (1890-1975)
• Both a Cincinnati architect and practicing Catholic, Schulte was a leading authority on church architecture. He titled his autobiography The Lord Was My Client.

• He received 300 commissions over 40 years, varying from new church structures and renovations to schools and convents.

• Schulte’s style stretched from the American neo-Gothic revival of the early 20th Century to 1970s modernism, always focusing on the liturgy with a traditional grounding and eschatological symbolism.

• He led the renovation of St. Peter in Chains Cathedral in the 1950s. He also worked on four other cathedrals in Wisconsin, Kansas and Kentucky.

• He worked closely with other prominent artists from the area, such as Clement Barnhorn, an eminent Cincinnati sculptor and teacher, and Carl Zimmerman, painter, philosopher and student of fine art.

This article appeared in the February issue of The Catholic Telegraph Magazine. For your complimentary subscription, click here.