A Cincinnati native, Father Klein did his preparatory studies at St. Gregory Seminary and studied theology at Mount St. Mary’s Seminary of the West. He was ordained on May 29, 1954, at St. Monica Cathedral in Cincinnati by Archbishop Karl J. Alter.

In 1989 Father Klein was appointed moderator and member of a team in solidum along with Fathers Dale Peterka and J. Dennis Jaspers of Holy Trinity, St. John and St. Mary parishes in Middletown. He served as temporary administrator of the former St. Elizabeth Church, St. James of the Valley Church and St. Saviour Church. During his years in ministry, he also was a part-time teacher at Seton High School, Hamilton Catholic High School and Mother of Mercy High School.

Father Klein is survived by his brother, Robert, and sister, Joan M. Berg. Interment was in Gate of Heaven Cemetery. 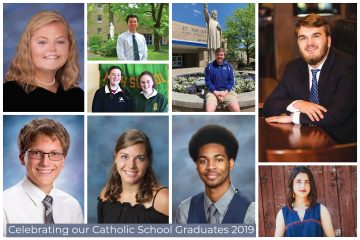