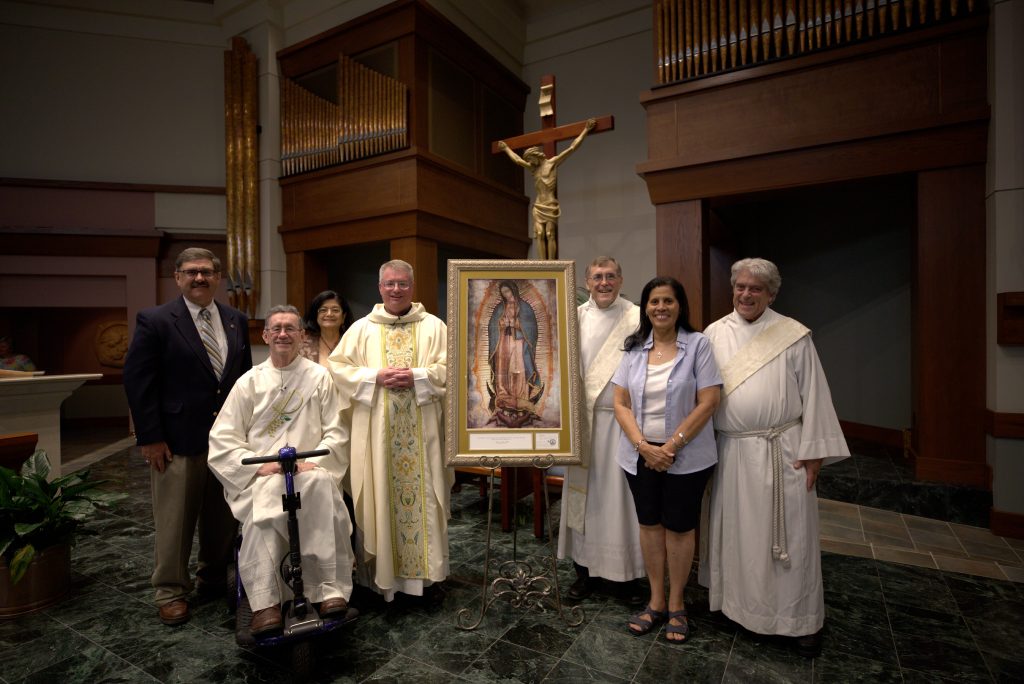 Father Ron Williams, parochial vicar at Immaculate Heart of Mary parish in Anderson Township, presented the parish with an icon of Our Lady of Guadalupe, patroness of America, during the Vigil Mass on June 17.

“Here at Immaculate Heart of Mary, we are blessed with a growing, vibrant, and energetic community of Hispanics from all over Latin America,” Father Williams noted. “They have a beautiful devotion to our Blessed Mother, especially Our Lady of Guadalupe. I am donating this icon to the parish so it can be used as a focus of Marian devotion as needed at Mass and liturgies. Otherwise, it will be on display in the church’s gathering space.”

The icon was created by the Knights of Columbus as part of a world-wide project. Several hundred icons of Our Lady of Guadalupe were distributed to all the state K of C jurisdictions to travel from one Council to another over a two-year period. Ohio received four of them. When the traveling icon program concluded in 2013, Father Williams asked for one of the icons with the hopes of donating it to a parish in our Archdiocese. He was Ohio State Chaplain for the Knights from July 2011 to June 2013.

The icons are photographic reproductions of the original image of Our Lady of Guadalupe. They were framed with a sample of dirt from Tepeyac Hill, where the apparitions took place and the basilica has been located. After Pope Benedict XVI blessed the icons in Rome, they were taken to Denver for the Knights of Columbus’ 129th annual Supreme Convention and distribution to all 70 state jurisdictions of the USA, Canada, Mexico, Philippines, and Poland, as well as Puerto Rico and Guam.

“Our Lady of Guadalupe is the patroness for all peoples on the one American continent from Alaska in the north to the tip of South America,” Father Williams said. “Never did Our Blessed Mother claim to be the patroness of only Spanish-speaking people. Rather, she presented herself as a patroness of all Catholics. This icon, therefore, is given to all the people of Immaculate Heart of Mary parish on behalf of the Knights of Columbus.” 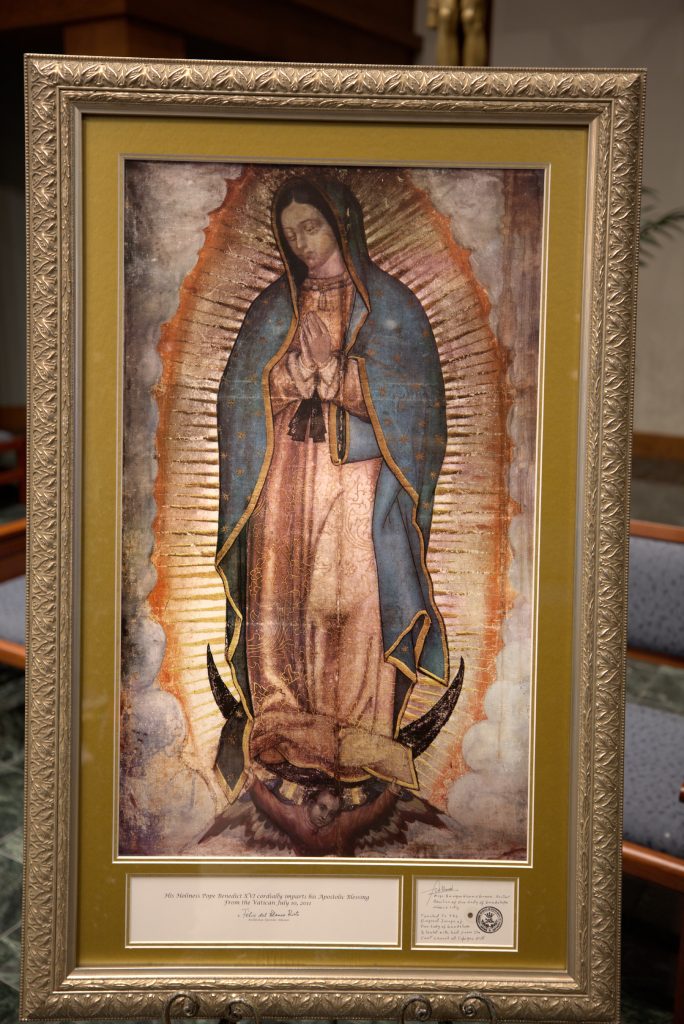 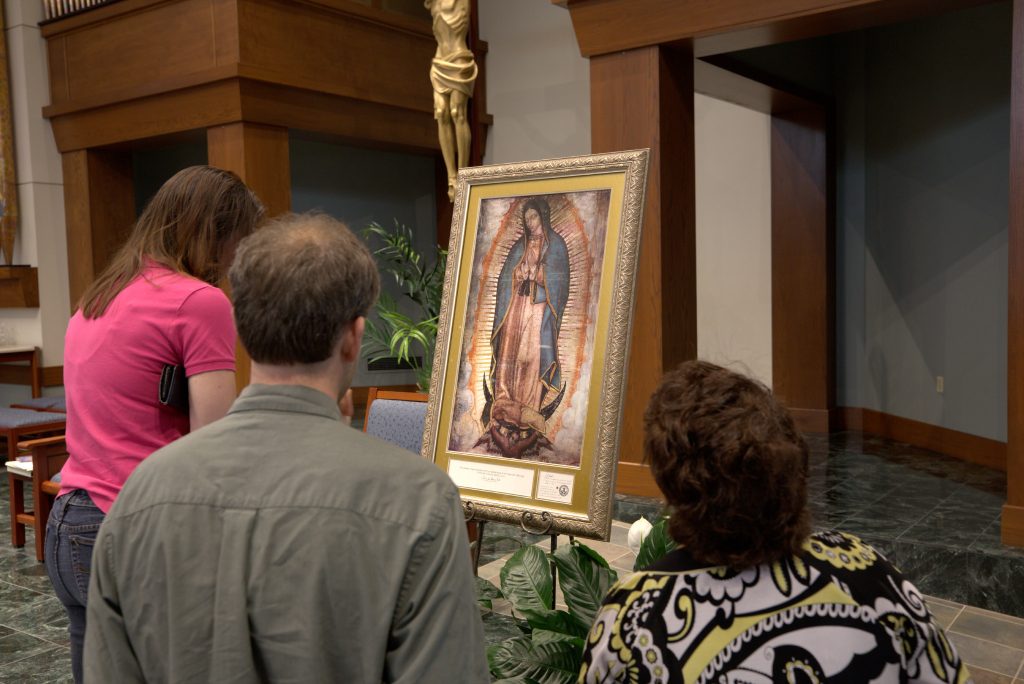 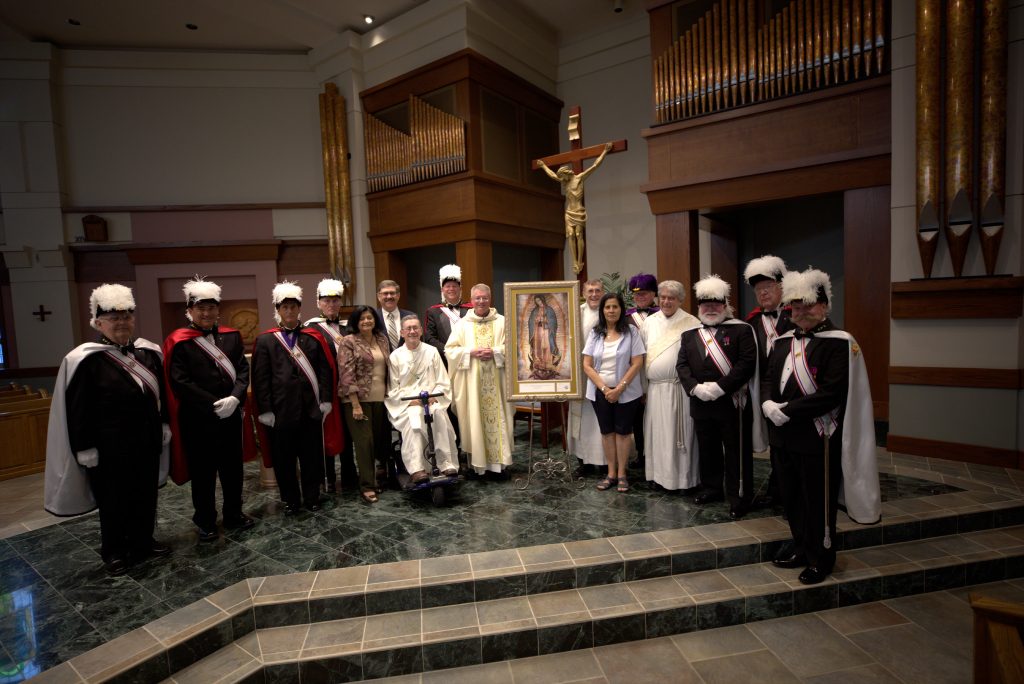 Why is Our Lady of Guadalupe patroness of the unborn?