A federal district court on Wednesday tossed out a lawsuit against the Archdiocese of Indianapolis, filed by a former Catholic school guidance counselor fired for entering a same-sex marriage contract.

Judge Richard Young of the Southern District of Indiana on Aug. 11 ruled that the former Roncalli Catholic High School counselor, Lynn Starkey, qualified as a minister of religion; thus, the archdiocese and school were exempt from federal workplace discrimination prohibitions, regarding her termination of employment.

Young wrote that “the court concludes the ministerial exception bars all of Starkey’s claims.” He granted summary judgement to the archdiocese in the case, ruling in favor of their petition to dismiss Starkey’s lawsuit.

Luke Goodrich, VP and senior counsel with Becket, the firm that represents the archdiocese in the case, stated on Twitter that the decision was a “big win” for religious freedom.

Becket, he said, “argued that Catholic schools exist to teach the faith to the next generation, and they can’t do that effectively if the law forces them to employ teachers who oppose core aspects of the Catholic faith.”

Starkey had worked at Roncalli High since 1978. She became guidance counselor in 1997, and served as co-director for guidance since 2007. According to the Indianapolis Star, she entered into a same-sex marriage contract in 2015.

In August 2018, Starkey informed the school of her marriage contract and her intention to remain in the contract. In 2019, the school terminated her employment.

On Tuesday, the court ruled that she qualified as a minister of religion in her role as co-director of guidance at the Catholic school. Federal law prohibiting workplace discrimination – Title VII – includes an exception for ministers of religion.

“The court ruled in favor of the Archdiocese based on the ‘ministerial exception’–a First Amendment doctrine that protects the right of religious groups to choose their key personnel without government interference,” Goodrich stated.

“Courts are consistently and correctly upholding the right of religious groups to choose their key personnel and operate by their core religious principles. Those decisions must be made by churches, not governments,” he said.

According to the judge’s decision, Starkey’s contract and her role at the school made clear that her position was religious in nature.

Her contract considered “relationships that are contrary to a valid marriage as seen through the eyes of the Catholic Church” a breach of duty, according to the court. A ministry description attached to the contract specified that a guidance counselor was a “minister of the faith” expected to “collaborate with parents and fellow professional educators to foster the spiritual, academic, social, and emotional growth of the children entrusted in his/her care.”

“As role models for students, the personal conduct of every school guidance counselor, teacher, administrator, and staff member, both at school and away from school, must convey and be supportive of the teachings of the Catholic Church,” the description stated.

Furthermore, Starkey was part of the school’s administrative council, and thus “one of a select group of school leaders responsible for guiding Roncalli in its mission.”

Judge Young concluded that “it is apparent that the ministerial exception covers Starkey’s role as Co-Director of Guidance.”

The Indianapolis archdiocese has faced several lawsuits by former employees of Catholic schools fired for entering into same-sex marriage contracts.

Starkey’s former co-director of guidance at Roncalli, Shelley Fitzgerald, was placed on administrative leave by the school in 2018 for her same-sex marriage contract; her employment with the school was not renewed in 2019, and she later sued the archdiocese.

Kelley Fisher, who had worked as a social worker at Roncalli for 15 years, lost her job in 2019 after she publicly defended Fitzgerald and Starkey. She filed a discrimination complaint against the archdiocese later that year.

Archbishop Charles C. Thompson of Indianapolis revoked the Catholic status of Brebeuf Jesuit, after it refused to fire Layton Payne-Elliott for his same-sex marriage contract. The school subsequently appealed to the Vatican.

Pope Francis meets actor who plays Jesus in ‘The Chosen’ 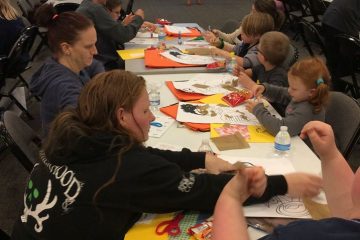