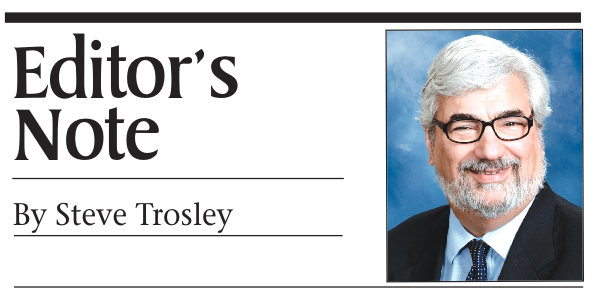 The recording was soothing and stark at the same time but, almost 50 years ago, a particular recording of the Christmas classic “Silent Night/7 O’clock News,” captured the imaginations of many American teenagers.

The recording was on the then-popular artists’ “Parsley, Sage, Rosemary and Thyme,” album. Simon and Garfunkel was popular in a household headed by a guitar player, although Paul Simon’s lyrics in those days probably sent a lot of impressionable teens to a psychiatrist’s couch.

Listening to the news reports on the terrorist attacks in Paris Nov. 14 and also making plans for the Advent season and Christmas shook the two-minute long recording out of the dusty shelves of my memory.

The song juxtaposes “Silent Night” over a newscaster, reading a two-minute radio news report based on the events of Aug. 3, 1966. The newscast went like this:

“This is the early evening edition of the news.

“The recent fight in the House of Representatives was over the open housing section of the Civil Rights Bill, brought traditional enemies together but it left the defenders of the measure without the votes of their strongest supporters.

“President Johnson originally proposed an outright ban covering discrimination by everyone for every type of housing but it had no chance from the start and everyone in Congress knew it. A compromise was painfully worked out in the House Judiciary Committee.

“In Los Angeles today comedian Lenny Bruce died of what was believed to be an overdose of narcotics. Bruce was 42 years old.

“Dr. Martin Luther King says he does not intend to cancel plans for an open housing march Sunday into the Chicago suburb of Cicero. Cook County Sheriff Richard Oglesby asked King to call off the march and the police in Cicero said they would ask the National Guard to be called out if it is held. King, now in Atlanta, Georgia, plans to return to Chicago Tuesday.

‘In Chicago Richard Speck, accused murderer of nine student nurses, was brought before a grand jury today for indictment. The nurses were found stabbed and strangled in their Chicago apartment.

“In Washington the atmosphere was tense today as a special subcommittee of the House Committee on Un-American activities continued its probe into anti-Vietnam war protests. Demonstrators were forcibly evicted from the hearings when they began chanting anti-war slogans.

Former Vice-President Richard Nixon says that unless there is a substantial increase in the present war effort in Vietnam, the U.S. should look forward to five more years of war. In a speech before the Convention of the Veterans of Foreign Wars in New York,
Nixon also said opposition to the war in this country is the greatest single weapon working against the U.S.

“That’s the 7 o’clock edition of the news. Good night.”

My first impression was that not much has changed in 50 years. We’re still talking – and fighting – about racial discrimination. Celebrities are still overdosing on drugs. Mass murders are still in the news, although there seem to be a greater variety of circumstances underlying those we see today. And there are significant disagreements about which wars are worth our involvement and how we should go about winning them.

So as we prepare for the commemoration of Christ’s birth, God made man to save us from our sins, we probably need to make note that humans don’t seem to be learning much going forward. Clearly, we need to make this Advent a time when we reflect on the upcoming Year of Mercy (something we have a lot of information about in this edition.)

With prayer and attention to the spiritual and corporal works of mercy, we might just be able to make Simon and Garfunkel’s “Silent Night/Seven O’Clock News” a memory of times gone by.

May you have a holy and refreshing Advent and a merry and holy Christmas.

Catholic schools give in Christmas spirit 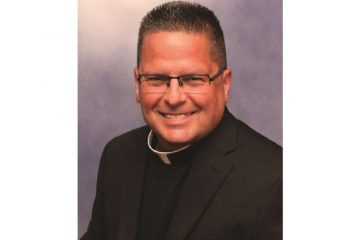