WASHINGTON (CNS) — A new documentary, “John Paul II in Ireland: A Plea for Peace,” makes the case that the pope’s trip to Ireland in 1979 played a key role in ending the Troubles and bringing about peace in Northern Ireland.

“When John Paul II arrived in Ireland, he confronted a giant tree of hate and terrorism that had been growing for a very long time,” said Carl Anderson, the executive producer of the film and head of the Knights of Columbus. “At Drogheda, Ireland, he took an ax and cut at its roots. It would take some time for this poisonous tree to wither, but eventually it would.”

The idea for the documentary came from Lord David Alton, who sits in the British House of Lords. He has an Irish mother, and he shared his conviction with Anderson and filmmaker David Naglieri that the pope’s visit helped bring about peace in Northern Ireland. As a result, they decided to make a documentary about the pope’s visit and its effects.

To make the film, Naglieri went to Ireland six times over an 18-month period and conducted about 40 interviews with political figures, leaders of social organizations, priests and others.

His aim was to “find these personal stories and extract the deeper meaning,” he told Catholic News Service.

Naglieri said the most interesting interview he conducted was with Shane O’Doherty, a former member of the Irish Republican Army, whose turn away from violence was inspired by the homily Pope John Paul gave at a Mass in Drogheda.

Shortly before, while still a teenager, O’Doherty had carried out a campaign of letter-bombing for a summer in London.

“He’s the sort of person with very strong convictions and a very strong personality,” Naglieri said.

While serving multiple life sentences in prison, O’Doherty heard the pope’s words and he began to understand the need for repentance and a turning away from violence.

“John Paul II preaching peace was the wind beneath his wings,” Naglieri said.

One thing that interested and impressed Nalglieri was the work done in the peace process by Redemptorist Father Alec Reid, an Irish priest whose role as facilitator role in the Northern Ireland peace process has been described as “absolutely critical” to its success. He died in 2013 at age 82.

After hearing Pope John Paul’s words, he reflected on how things might have changed, and was able to bring Gerry Adams, the leader of Sinn Fein, and John Hume, the leader of the Social Democratic and Labor Party, for talks.

He was inspired to do so because Pope John Paul also spoke to politicians.

“John Paul II told politicians that they must remove the causes that lead to violence, and said that political dialogue is the way forward,” Nalglieri said.

The documentary, which is narrated by Jim Caviezel and for which the music was composed by Joe Kraemer, had its premiere Aug. 23 on WTTW in Chicago. It will be broadcast on public television stations across the United States.

Editor’s Note: For the complete schedule of airings of “John Paul II in Ireland: A Plea for Peace,” visit jp2inireland.com. The site has additional information about the film, as a well as a trailer and information on purchasing a DVD. The text of the pope’s homily at Drogheda can be found at https://bit.ly/2NfuE5V. 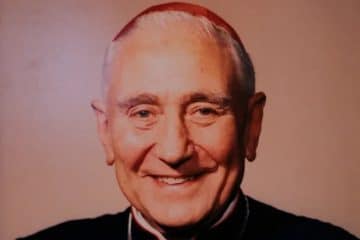