Rome Newsroom, Mar 10, 2021 / 03:30 am MT (CNA).- Pope Francis said Monday that he was looking forward to resuming his general audiences with the presence of the public as soon as COVID-19 conditions allow.

Until 2020, Francis had met with the public almost every Wednesday morning, either outside in St. Peter’s Square or inside the Vatican’s Pope Paul VI Audience Hall.

With the coronavirus pandemic, the papal audiences are instead live-streamed from inside the pope’s office, called the “library,” in the apostolic palace.

“I feel different when I am away from the people in the audiences,” Pope Francis said March 8 during his in-flight press conference returning from Iraq. “I would like to restart the general audiences [with people] again as soon as possible.”

For nine weeks in September and October, the Vatican experimented with holding a smaller public general audience in a square located inside the city-state. Those who attended were required to wear masks and seating was spaced out, but inevitably, some people did bunch together when trying to get a better view of the pope during his entrances and exits.

Pope Francis said Monday that Vatican authorities were considering holding a small public audience again, but he would wait to decide until the coronavirus situation became clearer.

Noting that he felt “a bit imprisoned” during the pandemic, the pope said for him, “touching the Church, touching the holy people of God,” felt like “living again.”

Papal audiences with the public are a relatively new Vatican custom.

The first Wednesday catechesis was held in April 1939 with Pope Pius XII, and the first meetings were specifically for newly married couples.

The weekly audiences continued until World War II and the occupation of Rome in 1943 made it impossible.

They recommenced with Pope John XXIII, who held his first public audiences with Catholic teachers and other Catholics while at Castelgandolfo, the papal summer residence.

Today, the audience, held in the Italian language, also includes summaries of the pope’s catechesis in English, French, Spanish, German, Portuguese, Arabic, and Polish, with individual papal greetings to pilgrims of different countries.

The number of people in attendance at Paul VI’s audiences grew, leading to the construction of an auditorium hall that can seat up to 12,000 people.

Part of the hall, which was inaugurated in 1971, lies in Italy, while the other part is within Vatican City’s borders. The platform the pope speaks from is on the Vatican side.

Prior to the hall’s construction, general audiences were held in St. Peter’s Basilica or the Hall of Blessings in the apostolic palace.

Pope John Paul I, who was pope for just 33 days, gave four general audiences before his sudden death on Sept. 28, 1978. The theme he chose to speak on was the virtues of faith, hope, and charity.

“In the Synod of 1977, several bishops said: ‘Pope Paul’s Wednesday speeches are a true catechesis adapted to the modern world,’” John Paul I said. “I will try to imitate him, in the hope of being able, in some way, to help people become better.”

When Pope John Paul II held his first public audience at the end of October 1978, he continued the theme begun by his predecessor.

“Today we must speak of another virtue, since from the notes of the deceased Pontiff I learned that it was his intention to speak not only of the three theological virtues: faith, hope and charity, but also of the four so-called cardinal virtues,” he said.

Since then, the weekly speeches have always been given as series based around a particular theme.

John Paul II famously presented his “Theology of the Body” teachings during general audiences from 1979 to 1984.

Another custom that the Polish pope introduced is to speak about his foreign travels and what they meant at the Wednesday general audience immediately following a visit.

Some of the themes chosen by Pope Benedict XVI for his general audiences were the Psalms, the Fathers of the Church, and the great women of Christianity.

Pope Francis has continued the custom of following a theme, with his most recent general audiences being on prayer. 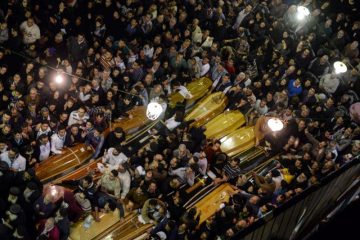