“In the pandemic, God has once more revealed us to ourselves,” said the U.S. bishops’ “administrative committee” in a statement on Tuesday. “As Pope Francis reminded us in St. Peter’s square last year, we are not as powerful or as in control as we thought.”

“Rather than being ashamed of this powerlessness, or crushed by the fear of what we cannot control,” they added, “our interconnectedness and dependence on God has been revealed.”

The administrative committee of the U.S. bishops’ conference (USCCB) consists of conference president Archbishop Jose Gomez of Los Angeles, the chairs of the USCCB committees, and representatives from each U.S. episcopal region.

They issued their statement one year after U.S. dioceses began curbing public Masses due to the onset of the pandemic. “This month we mark one year since the pandemic dramatically changed life in our country, ushering in immense suffering,” the bishops said.

They noted that despite the “extraordinary hardships” suffered by Americans due to the virus and the economic crisis it caused, there were also “countless acts of sacrifice” made by first responders, health care workers, and others.

More than 520,000 people in the U.S. have died from COVID-19, and more than 2.6 million have died of the virus globally, according to Johns Hopkins University.

While dioceses around the country have since resumed public Masses with restrictions, the faithful were dispensed from the obligation to attend Sunday Mass.

However, beginning in August, bishops in several dioceses in Wisconsin, as well as in Detroit, Sioux Falls, and Tyler, Texas, began removing the general dispensation from the Sunday obligation.

The bishops added on Tuesday that the pandemic has emphasized the need for global solidarity—particularly with regard to vaccine distribution.

“Richer nations and pharmaceutical companies must work together to ensure that no nation, no person is left behind,” they said of the vaccine. Currently, three vaccines have been approved for use in the U.S., with another leading vaccine candidate from the University of Oxford and AstraZeneca having completed Phase III clinical trials.

“We must build on the kindness and openness that we have witnessed on the local level by creating more social structures that not only heal the fractures and isolation felt by so many during this pandemic but will prevent such divisions from occurring again,” they stated.

The bishops’ also noted the “racial injustices” revealed in the past year.

“We witnessed racial injustices, the diminishment of the poor and the elderly, and painful divisions in our political life. Yet we know, as the Psalms remind us, that we find comfort in God’s promise that gives us life,” they stated. 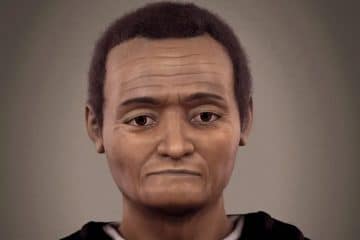