Peoria, Ill., Dec 3, 2019 / 01:10 pm (CNA).- The scheduled beatification of Ven. Servant of God Archbishop Fulton J. Sheen has been postponed after several U.S. bishops asked that the cause be given more time for examination. The Diocese of Peoria announced the delay on Dec. 3.

Archbishop Sheen’s beatification was set to take place on Dec. 21.

“With deep regret, Bishop Daniel Jenky, C.S.C, Bishop of Peoria, announces that he has been informed by the Holy See that the beatification of Fulton Sheen will be postponed,” said the press release from the diocese.

The diocese originally received word from the Vatican on Nov. 18 that the beatification had been approved to take place the following month. But the diocese said that on Dec. 2 “the Holy See decided to postpone the date of Beatification, at the request of a few members of the Bishop’s Conference who have asked for further consideration.”

“Bishop Jenky is deeply saddened by this decision,” said the press release. “In particular, Bishop Jenky is even more concerned for the many faithful who are devoted to Sheen and who will be affected by this news.”

Jenky is “firmly convinced of the great holiness” of Sheen, and “remains confident that Sheen will be beatified.” The cause for Sheen’s beatification and canonization will continue and, the press release stated, there have been “many miracles” reported through Sheen’s intercession, including some as recently as the last three weeks.

The Peoria diocese explicitly stated that the delay was not the result of any allegations of abuse of a minor.

“In our current climate, it is important for the faithful to know there has never been, nor is there now, any allegation against Sheen involving the abuse of a minor,” added the release.

It was not revealed in the release which, or how many, bishops requested the delay, nor did the release state what prompted these requests.

The diocese said that throughout the investigation of Sheen’s life during the beatification process, “it has been demonstrated definitively that he was an exemplary model of Christian conduct and a model of leadership in the Church. At no time has his life of virtue ever been called into question.”

The diocese says they are “confident” that any further investigation into the life of Archbishop Sheen will only result in positive discoveries that will only bolster the case for his beatification.

“The Diocese of Peoria has no doubt that Fulton Sheen, who brought so many souls to Jesus Christ in his lifetime, will be recognized as a model of holiness and virtue.”

There is no indication from the diocese of when they expect a rescheduled date for the beatification. The Diocese of Peoria and the USCCB did not respond to CNA’s requests for comment in time for publication. 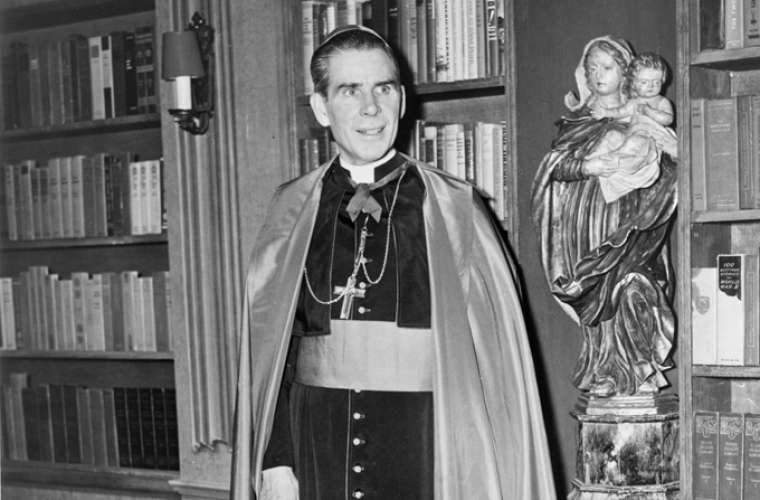 Today's Video: Are you ready for Christmas?

USCCB President and Committee Chairman Call for Prayers, Hope, and Assistance Following Deadly Tornadoes in the South and Midwest

What’s in (and isn’t in) the bishops’ draft document on the Eucharist?