Former President George W. Bush recently donated $100,000 to Catholic Charities USA in recognition of the group’s work with immigrants and refugees, the organization said this week.

On Wednesday, Catholic Charities USA shared a letter they received from Bush, thanking the 43rd president for his donation and his “kind words.”

In his letter, Bush had written that he was donating the proceeds from his new book, “Out of Many, One: Portraits of America’s Immigrants,” to organizations that support immigrants and refugees.

“Thank you for your efforts to aid those who have chosen to live among us and for helping them succeed in America,” Bush wrote to Catholic Charities USA.

A spokesperson for Bush’s office did not immediately respond to a request for comment from CNA on the donation.

Patricia Cole, vice president of communications for Catholic Charities USA, told CNA on Thursday that “we are so grateful to be recognized by former President George W. Bush for our Immigration Advocacy and Refugee Services work.”

Cole said that Bush’s donation will be used to assist migrants and refugees at the U.S.-Mexico border.

“His generous support will be used to help Catholic Charities agencies along the border meet the most basic needs of the immigrants and refugees that they serve,” Cole said. “Items such as shoes, toiletries, and food, for example, that they will need as they continue their journey.

In his letter, Bush said that in his book, he “was proud to paint the portraits and share the stories of 43 immigrants I have come to know.” He added that some of the individuals featured in his book told him they benefited from Catholic Charities’ assistance.

“In honor of my friends and in recognition of your good work, I am pleased to enclose a check for $100,000 to support your Immigration Advocacy & Refugee Services,” Bush wrote. “Thank you for your efforts to aid those who have chosen to live among us and for helping them succeed in America.”

The former president told CBS earlier this year that his failure to pass comprehensive immigration reform while in office is one of his biggest regrets from his presidency.

Sister Norma Pimentel, a member of the Missionaries of Jesus and executive director of Catholic Charities Rio Grande Valley, was named one of Time Magazine’s 100 Most Influential People for 2020 for her work with migrants along the U.S.-Mexico border.

In an April 27 letter to the chair and ranking member of the House Subcommittee on Border Security, Facilitation, and Operations, Sister Donna Markham OP, President and CEO of Catholic Charities USA, described the organization’s work with unaccompanied child migrants along the U.S.-Mexico border.

“Our border agencies are actively working to assist all migrants along the southern border, including families and unaccompanied children,” Sister Donna Markham wrote. “Last year, Catholic Charities agencies provided over 160,000 migrants with shelter and respite care.” 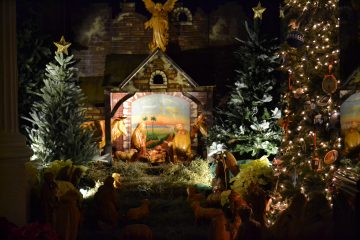