October 6, 2022 The Catholic Telegraph
Home»Features»Gifts of the Magi
Features/Home Page 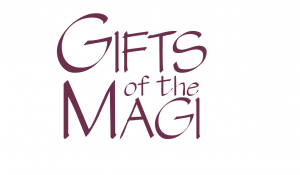 Alisha’s world was shattered when her son was murdered last June at a friend’s apartment. Family and friends rallied around her to arrange for his burial, but she still owes the funeral home $1,000. While Alisha works more than 40 hours a week at a fast-food restaurant and a day care, she’s struggling to pay off this debt which is adding to the stress of her grief. Through Gifts of the Magi, Alisha received $500 to help offset burial costs.

Elizabeth Kate and Johnny are blessed with 10 children and many grandchildren. They share their love for family over home-cooked meals. Food has kept the family close for decades. Now their trusty gas stove and oven is leaking gas. It’s no longer safe to use. Johnny, who is on oxygen, is worried about safety because he stores extra oxygen tanks in the house. They stopped inviting family over for home cooked meals because they don’t want anyone to get hurt.
Through Gifts of the Magi, Elizabeth Kate and Johnny received $525 for a new stove and gas kit.

Thank you very much for the help to get the stove. We appreciate it very much. It is very wonderful for people to help us the way that you did. Very much appreciated, Elizabeth Kate

Gifts of the Magi was initiated in 1993 as a cooperative project between The Catholic Telegraph, the Archdiocesan Council of the Society of St. Vincent DePaul, and Catholic Charities Southwestern Ohio.

Families have been helped with funeral expenses, medical bills, plane tickets to visit a dying family member, household appliances, utility bills, and rent or mortgage assistance to keep them from becoming homeless.

More recently, donations from The Catholic Telegraph reached new heights, which allowed an increased number of families to receive help. The project focuses on using money in ways that will allow families to bring about long-term change. Charities staff examines whether this will be a one-time assistance that makes a difference in their lives.

Also recently, many parishes of the Archdiocese have been inspired to use Gifts of the Magi cases for their Christmas giving trees, asking parishioners to donate a small portion of what each family needed. We are grateful to those parishes for their support and encourage others to consider joining in the project.

We give thanks most of all to our readers for their generosity of money and spirit. We appreciate that you are moved to action and we are grateful for your efforts. A donation of any amount is a blessing.

Isabella lived with her three-year-old daughter and baby girl with her grandfather in Guatemala. But when her grandfather drank, he abused the three of them. One day he tried to sell one of Isabella’s daughters. Fearful, Isabella fled and found her way to the United States. She heard America was a place where children had a chance for a better life. Detained at the border by immigration, Isabella wears a monitor on her ankle and is prevented from working while her case makes its way through the court system.

Through Gifts of the Magi, Isabella received $500 to pay an attorney to represent her in immigration court. This will greatly increase her chances of being allowed to remain in the United States.

GIFTS OF THE MAGI
Donor Intent Card
Enclosed please find my donation for “Gifts of the Magi”
In the amount of $
Donor’s Name:
Address:
City: State: Zip:

Make checks payable to Gifts of the Magi

Mail this form and your contribution to:
Attention: Gifts of the Magi
Catholic Charities Southwest Ohio
7162 Reading Road, Suite 600
Cincinnati, Ohio 45237
All donations are tax-deductible. Donor lists are not sold nor provided to any other organization.

Birthright of Greater Cincinnati continues to help women with pregnancy

Away in a manger: Pope makes secret stop at Nativity scene's birthplace