NAIROBI, Kenya (CNS) — The head of an African youth network urged the world’s religions to embrace the voices of young people, as the leaders explore ways to tackle the current global ecological crisis.

Allen Ottaro, founder and executive director of the Catholic Youth Network for Environment Sustainability for Africa, said young people were aware of the current realities of climate change and were ready to join in the search for solutions.

"Youth have said they will do their homework, but you (adults) also need to do yours," Ottaro said during a side event during the U.N. Environment Nairobi Convention. "While we are asking for space, we’re also prepared to take responsibilities. The best way to take the responsibilities is to get involved in those decision-making processes that in the ultimately affect our future."

Ottaro was one of several delegates from faith and faith-related organizations who attended the U.N. convention in Nairobi. More than 5,000 delegates from around the world gathered March 11-15 to discuss ways of accelerating environmental protection.

"We can no longer delay taking action to protect people and this planet," Joyce Msuya, acting executive director of the U.N. Environmental Program, said at the opening session March 11.

French President Emmanuel Macron echoed a similar call at the meeting, noting that young people were pushing for urgent action.

"Our youths are saying: You are not moving fast enough. They are right to get impatient, because we are too late," Macron told the meeting March 14.

Kenyan President Uhuru Kenyatta acknowledged the presence of faith leaders at the meeting, saying they could provide useful lessons in environmental protections.

"Faiths for Earth" was a side event at the assembly.

The Catholic Youth Network for Environment Sustainability for Africa joined Brahma Kumaris, a worldwide Hindu spiritual movement, to host a session during the side event, where Ottaro spoke.

He said faiths should not fear young people’s critical voices even when the matter is sensitive and controversial.

The network aims to unite young Catholics in Africa in the response to climate change and environmental degradation, through creating awareness, training, networking groups and supporting parishes in the work around the environment.

"We are looking at how we can use Catholic social teaching to form young people to discover how they are called to care for creation as Catholics. We are also looking at formation on ecological issues to understand what is happening to our common home (through) climate change," Ottaro told the Catholic News Service in an interview, referring to Pope Francis’ 2015 encyclical, "Laudato Si’." In networking and advocacy, he explained, the organization attempts to find interfaith collaborations with like-minded interfaith groups, for example, hosting the event with Brahma Kumaris.

"We work with non-Catholics, as long as they respect the Catholic traditions and Catholic social teachings," he said. "We need to give voice and visibility to that core identity we have, and this is unique perspective we can bring to this space and this kind of forum as people of faith."

He cited progress in mobilizing young people but said their capacity could be strengthened.

"People are starting to listen, but we do not have the luxury time," he said.

Franciscan Father Hermann Borg, director of Mother Earth Network, an organization that deals with environmental issues, said that while the U.N., some governments and private institutions have developed policies that care for the environment, there are still many holes.

"Deforestation is already there, and the demand for clean water. The pollution (in the) air and water is increasing," Father Borg told Catholic News Service. "It’s all human made. It is all made because of our comforts. We have seriously damaged our common world. That mean we have to come in and plan the next activities."

But Father Borg said he was concerned that climate change has never been a priority from top of the church hierarchy down to the parishes.

"The initiative the Catholic Church can have tremendous impact, but the care for the environment has been neglected for a number of generations," said the priest.

Update: Amid call for boycott of Lenten appeals, some see harm to poor, needy 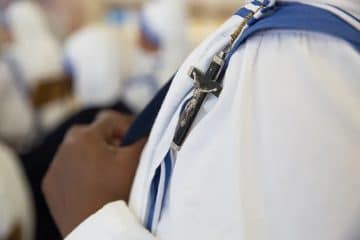