Rome Newsroom, Jul 8, 2020 / 08:30 am MT (CNA).- Benedict XVI watched his brother’s funeral via livestream on Wednesday as his secretary Archbishop Georg Gänswein read the pope emeritus’ message of remembrance at the Mass in Germany.

“When I said goodbye to him in the morning on Monday, June 22, we knew it would be his farewell to this world forever. But we also knew that the benevolent God, who gave us this togetherness in this world, will also rule in the other world and will give us a new togetherness there,” Benedict XVI wrote in the message read aloud at the funeral on July 8.

Msgr. Georg Ratzinger died in Bavaria at the age of 96 on July 1. While the pope emeritus was unable to attend Ratzinger’s funeral in Regensburg, Benedict XVI expressed gratitude for the time he spent with his older brother during his trip to Bavaria less than two weeks before his death.

“I would like to thank you for being with him again in the last days of his life. He didn’t ask for a visit from me. But I felt that it was the hour to go to him again. I am deeply grateful for this inner sign that the Lord has given me,” Benedict XVI wrote in the letter addressed to Bishop Rudolf Voderholzer, who officiated his brother’s funeral Mass.

Benedict XVI remembered his brother as a man of musical talent, humor, and piety.

“Above all he was a man of God. Even though he did not put his piety on display, it was the actual centre of his life, even more so than his sobriety and honesty,” he said.

Msgr. Ratzinger was born in Bavaria on January 15, 1924, the first son of Joseph and Maria Ratzinger. He showed an early talent for music, learning to play the violin and the church organ as a child.

He was ordained to the priesthood alongside his younger brother, the future pope, in 1951. The eldest Ratzinger son went on to serve as the choir master of the Regensburger Domspatzen, the cathedral choir of Regensburg, from 1964 to 1994.

“My brother received and understood the priesthood call as a musical call,” Benedict XVI said.

“When he finally was appointed to the position of Cathedral Choirmaster in Regensburg, it was both a moment of joy and of pain for him, as our mother had passed away almost at the same time as Cathedral Choirmaster Schrems had. Had our mother still been alive, he would not have accepted the call to be the position of choirmaster in Regensburg. This role — though bought at the price of a great deal of suffering — more and more became a joyful role for him,” he wrote.

In his homily at the funeral, Bishop Rudolf Voderholzer recalled moments from Georg Ratzinger’s life from his experience in the war to his vocation as a priest and work as a church musician. The bishop emphasized his legacy with a view to the important role of church music in evangelization.

Benedict XVI said that he received letters and emails from many countries upon the death of his brother. They “wrote to me in a way that touched my heart,” he said. “Each one should have a personal answer. Unfortunately I lack the time and strength to do so.”

“I can only thank everyone for taking part in these hours and days — Cardinal Newman’s sentence has come true for me right now: ‘Cor ad cor loquitur’ … heart speaks to heart. “ 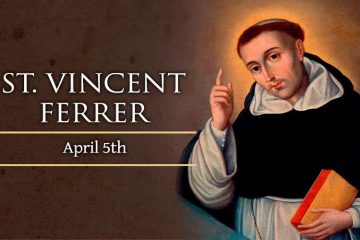