Abortion prohibited when there is a fetal heartbeat

 Generally prohibits a person from knowingly and purposefully performing or
inducing an abortion with the specific intent of causing or abetting the termination
of the life of an unborn human individual whose fetal heartbeat has been detected.
 Provides that a person who violates the above prohibition is guilty of performing or
inducing an abortion after the detection of a fetal heartbeat, a felony of the fifth
degree.
 Provides that a physician is not in violation of the above prohibition if that physician
performs a medical procedure designed to or intended to prevent the death of a
pregnant woman or prevent a serious risk of substantial and irreversible impairment
of a major bodily function of the pregnant woman.
 Provides that a person is not in violation of the prohibition if that person has
performed an examination for the presence of a fetal heartbeat and the method used
does not reveal a fetal heartbeat.
 Provides that the prohibition does not repeal or limit any other provision of law that
restricts or regulates the performance or inducement of an abortion by a particular
method or during a particular stage of pregnancy.

After passing the Ohio House and Senate, the bill was sent to Governor John Kasich who vetoed the bill on December 21, 2018. 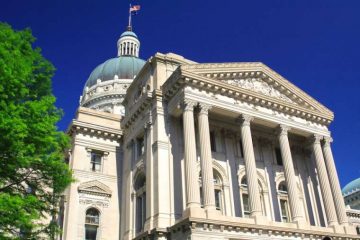