Immigrant kids at border present and accounted for — and number growing

WASHINGTON (CNS) — Since Attorney General Jeff Sessions announced a “zero tolerance” policy for immigrants crossing illegally into the United States, resulting in children being separated from their families, the number of minors in U.S. custody has grown by nearly 2,000.

At the same time the federal government has only about 1,300 beds left before it has to tap into an existing network of 100 shelters in 14 states.

Sessions announced the policy May 7. As of April 29, there were 8,886 migrant children in U.S. custody. By May 29, the U.S. Health and Human Services Department figures put the number at 10,773.

These numbers don’t include the 1,475 children who had been placed with sponsors between October and December 2017 but cannot be accounted for by HHS. While the government made follow-up phone calls to the sponsors, not every sponsor could be contacted, or had returned a phone message.

There had been alarm expressed over the Memorial Day weekend that, with the imposition of the zero-tolerance policy, immigrant children arriving in the United States had been separated from their parents and promptly lost.

While that is not the case, HHS Deputy Secretary Eric Hargan said May 28, the Cabinet agency’s follow-up calls are not considered required. The HHS refugee office historically has said it is not legally responsible for children once they had been placed.

Bussey begged to differ. “They don’t perceive themselves to be responsible for those children any longer, but the truth is we all are,” she told Catholic News Service during a May 30 telephone interview from Tucson, Arizona, where CLINIC was sponsoring a conference.

Effects of the imposition of zero tolerance are being felt not just in the U.S. desert, but at ports of call, according to Jesuit Father Sean Carroll, executive director of the Kino Border Initiative, with dual offices in Nogales — Arizona on the U.S. side of the border, Sonora state on the Mexico side.

“We have about 89 people at the port of entry Miguel, Sonora, waiting to be received by U.S. Customs. Most are from Guatemala. As of this morning, there were 89 people, and 57 of them were children,” Father Carroll said May 30. “Some, the majority, are with their families; some are unaccompanied (minors).”

While Customs usually makes a near-immediate determination of the strength of asylum-seekers’ cases, now “people are waiting,” Father Carroll added. “The first people arrived on Friday (May 25). They’ve been waiting five days, going on six, to be received by U.S. Customs.”

Sessions raised an uproar when he said, “If you are smuggling a child, then we will prosecute you and that child will be separated from you as required by law.” He made the comments at the Association of State Criminal Investigative Agencies’ spring conference May 7. “If you don’t like that,” he added, “then don’t smuggle children over our border.”

Father Carroll said some asylum-seekers near him have made the days-long trek by bus, some by car, others on foot. And what Sessions said has not seemed to filter down to them. “I haven’t asked specifically, but most of them have little or no information” on the policy change, he said.

CLINIC’s Bussey said there had been a federal policy in place called “family detention” “that’s been carried out by administration after administration.”

“Unfortunately,” she continued, “what we’re seeing is a zero-tolerance policy of every child is at risk of being separated from their parent or guardian. Over time we keep on hearing that separation is used as a tool for deterrence, but time after time we see children and their parents presenting themselves at the border because they’re fleeing violence.”

The mother of a 9-year-old child herself, Bussey said the government is ignoring the “push factors” that drive immigration. “If I’m the mother of 9-year-old and I live in the Golden Triangle (a region in northwest Mexico where the Sinaloa drug cartel has free rein), I know the gangs are going to kill my child. I’m going to take my child with me,” she said.

“Seeking asylum is not illegal. What is illegal, what is not consistent or humane, is to turn them around,” Bussey added. Instead, she said, federal immigration officials should “say that their lives would be in danger and to let them in.”

Family separation is “not only needless and cruel, it threatens the mental and physical health of both the children and their caregivers,” said a May 29 statement by American Psychological Association president Jessica Henderson Daniel.

“The longer that children and parents are separated, the greater the reported symptoms of anxiety and depression for the children. Negative outcomes for children include psychological distress, academic difficulties and disruptions in their development,” Daniel said.

According to The Washington Post, the latest HHS figures already show an uptick in the amount of time minors are in federal custody without some kind of sponsor or foster-care agreement in place: now 57 days, up from 51 at the close of 2017.

Bussey also doubted Sessions’ declaration that the government would criminally prosecute every illegal immigration case, whereas in the pass it had been a civil case.

Immigrant kids at border present and accounted for — and number growing 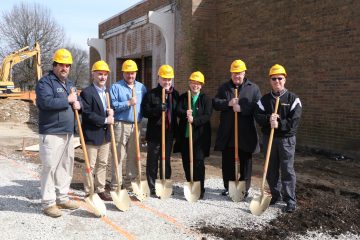