VATICAN CITY (CNS) — By virtue of its very definition, marriage can only be between a man and a woman, Pope Francis said in a new book-length interview.

“We cannot change it. This is the nature of things,” not just in the church, but in human history, he said in a series of interviews with Dominique Wolton, a 70-year-old French sociologist and expert in media and political communication.

When it comes to the true nature of marriage as well as gender, there is “critical confusion at the moment,” the pope said.

When asked about marriage for same-sex couples, the pope said, “Let’s call this ‘civil unions.’ We do not joke around with truth.”

Teaching children that they can choose their gender, he said, also plays a part in fostering such mistakes about the truth or facts of nature.

The pope said he wondered whether these new ideas about gender and marriage were somehow based on a fear of differences, and he encouraged researchers to study the subject.

Pope Francis also said his decision to give all priests permanent permission to grant absolution to those who confess to having procured an abortion was not mean to trivialize this serious and grave sin.

Abortion continues to be “murder of an innocent person. But if there is sin, forgiveness must be facilitated,” he said. So often a woman who never forgets her aborted child “cries for years without having the courage to go see a priest.”

“Do you have any idea the number of people who can finally breathe?” he asked, adding how important it was these women can find the Lord’s forgiveness and never commit this sin again.

Pope Francis said the biggest threat in the world is money. In St. Matthew’s Gospel, when Jesus talked about people’s love and loyalty being torn between two things, he didn’t say it was between “your wife or God,” it was choosing between God or money.

“It’s clear. They are two things opposed to each other,” he said.

When asked why people do not listen to this message even though it has been clearly condemned by the church since the time of the Gospels, the pope said it is because some people prefer to speak only about morality.

“There is a great danger for preachers, lecturers, to fall into mediocrity,” which is condemning only those forms of immorality that fall “below the belt,” he said.

“But the other sins that are the most serious: hatred, envy, pride, vanity, killing another, taking away a life … these are really not talked about that much,” he said.

When asked about the church’s “just-war” theory, the pope said the issue should be looked into because “no war is just. The only just thing is peace.” 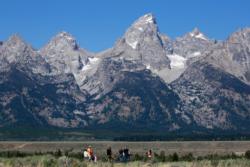