Ukraine’s President Volodymyr Zelenskyy said on Tuesday that he had spoken to Pope Francis on the phone, telling the pope that he would welcome Vatican mediation to end the suffering in his country.

Writing on Twitter on March 22, Zelenskyy said he told the pope “about the difficult humanitarian situation and the blocking of rescue corridors by Russian troops.”

The Ukrainian president also said that “the mediating role of the Holy See in ending human suffering would be appreciated” and thanked the pope “for the prayers for Ukraine and peace.”

Zelenskyy also referenced his call with Pope Francis during a speech to the Italian parliament on March 22.

Speaking via video link, the Ukrainian president said he had spoken to the pope, who had said “very important words.”

“And I responded,” Zelenskyy recalled, that “our people have become the army, [they became] the army when they saw the evil their enemy does, what devastation it has left.”

Zelenskyy said that in the conflict with Russia, at least 117 children have been killed, thousands wounded, tens of thousands of families destroyed, and millions of homes abandoned.

“And all of this started from one person,” he said.

Andrii Yurash, Ukraine’s ambassador to the Holy See, also shared the news of the conversation between the pope and the president on Twitter on Tuesday.

Yurash described the phone call, which he said took place on the morning of March 22, as a “new visible gesture of support” for Ukraine.

The conversation was “very promising,” the ambassador commented, adding that Pope Francis said that he was praying and doing everything possible to help end the war.

According to Yurash, Zelenskyy repeated his invitation to Francis to visit Ukraine.

Senator Rubio: China is depriving Uyghurs of their ‘humanity’ 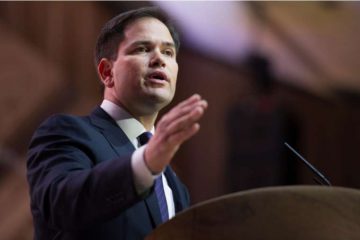