In sight of the nation’s capitol, a massive Bible museum underway

Washington D.C. — A vast Bible museum is currently under construction in Washington, D.C. and has had strong support since its beginning phases from the Vatican, officials for the project revealed last week.

“When we introduced the Museum of the Bible, the first place we introduced it was at the (Vatican) Embassy here in Washington, D.C., for a private gathering,” the president of the museum Cary Summers told reporters at the official beginning of construction on the museum on Feb. 12.

“We have a very strong working relationship with the Vatican Museum and the Vatican (Apostolic) Library.”

Summers spoke at the official beginning of construction on the planned 430,000 square foot museum in Washington, D.C. It is planned to open in 2017 to educate visitors about the Bible.

“We would like to invite all people to come and learn about the book that’s impacted our world,” the museum’s chairman of the board Steve Green stated. “It’s not as much a looking at it as a position of faith as it is an educational look at this book, a scholarly look at this book.”

Green has amassed one of the largest private collections of Biblical items and parts of the exhibit have toured the world including stops in Jerusalem and Vatican City. The exhibit features over 44,000 items from Dead Sea Scroll fragments to parts of the Gutenberg Bible.

Some highlights include ancient New Testament fragments that had not yet been published, the largest private collection of Torah scrolls, first editions of the Douay Rheims Bible, and the Lunar Bible, the first Bible to be carried to another celestial body.

Pope Benedict praised the exhibit in his 2012 visit to Cuba and expressed his wishes that the same exhibit he saw at the Vatican could be transported to Havana.

“That’s why we got to Cuba, because the Pope had suggested maybe we do that,” Summers said.

Both the Vatican Museum and the Apostolic Library have loaned items to the exhibit that haven’t been loaned anywhere else, he revealed.

Much of the museum’s architecture will be a nod to history and to Scripture.

The site is an old refrigeration warehouse from the 1920s. The museum will keep a red brick exterior in homage to the historic building and the entryway will be the same that train cars used to transport materials into the refrigeration building.

The entry will be a “signature piece of artwork” with massive bronze panels etched to resemble ancient manuscripts. The top of the building features a vista overlooking Capitol Hill and the National Mall, and will include a “Biblical garden” with many plants from the Holy Land as well as a theater and a ballroom.

The museum’s chairman of the board Steve Green is a practicing Christian who runs his business, Hobby Lobby, according to his religious beliefs.

He said the museum is simply to educate attendees about the Bible from more of a scholarly perspective, but when asked if he hopes they would consider Christianity he responded “we would hope people would consider what the book has to say, and that’s a choice that they’d make.

The president Cary Summers said that there was no one “coalition” of Christian groups involved.

“We have as many Jewish groups involved and Catholic and Protestant groups. They’re all mixed in, so it’s a very non-sectarian approach,” he said.

Green’s craft chain Hobby Lobby won a Supreme Court case last summer when it challenged the Obama administration’s birth control mandate. The family argued that since it had to cover drugs they considered abortifacients in their employees’ health plans, this violated their religious beliefs.

The Court ruled that as a closely-held for-profit business, Hobby Lobby was protected under the Religious Freedom Restoration Act from the “substantial burden” placed on its religious freedom by the government’s mandate.

In sight of the nation’s capitol, a massive Bible museum underway 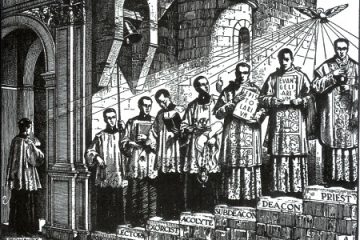